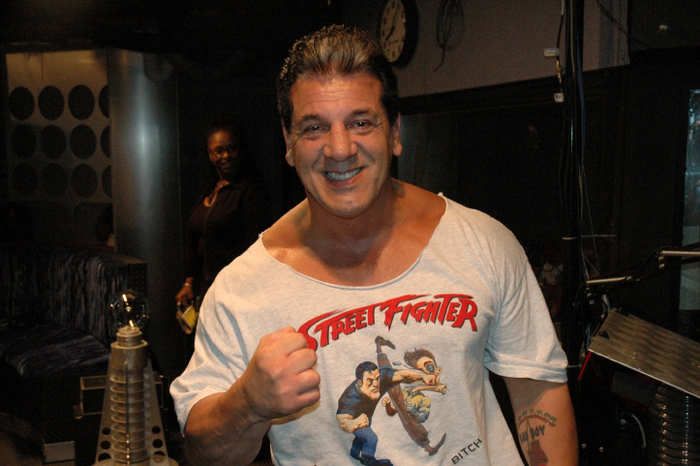 Show favorite, Chuck Zito, stopped by the studio to talk about what has been going on in his life. Chuck revealed that he is now working three nights a week as a bouncer at Scores. Because of his size, Howard wondered if people were intimidated to even go into the place when they saw Chuck patrolling outside. Chuck admitted that a few guys have turned away upon seeing him, but for the most part the people who come to Scores aren’t looking for trouble. However, Chuck recalled that a few nights ago he had to get physical with someone who refused to pay the club’s admission fee. Chuck explained that after the guy was instructed he couldn’t get into Scores without paying, he began encouraging people who were in line to go with him to another club. After confronting the guy, Chuck said he warned him that if he had to put his phone and keys into his pockets, then there was going to be trouble. Chuck acknowledged that the guy was drunk, so he went easy on him, opting to bitch-slap him instead of hit him with his fist. Since he felt badly for hitting the guy knowing he was drunk, Chuck added that instead of egging him on, he bought the guy a beer at a nearby pizza joint.

Chuck announced that after 30 years of marriage and numerous attempts at reconciling, he and his ex-wife have stopped trying to reconcile. Chuck commented that his ex-wife accused him of being on the road too much, which he felt led to a year-long affair she allegedly had with another guy. Chuck brought up that he found out about his ex-wife’s supposed relationship at their daughter’s wedding in 1998. To make matters worse, Chuck mentioned that their daughter has completely taken his ex-wife’s side and hasn’t spoken to him in five years. Because of this situation, he has never even met his two grandkids.

Dealing With the Enemy

Chuck noted that the man who he thought was sleeping with his then wife told him that he didn’t know she was married. However, Chuck said the guy never called the house or picked up his ex-wife, so he obviously had some idea she was in a relationship. During another conversation the two had, Chuck claimed that the guy gave him permission to beat him up, which Chuck agreed he would do if the guy ever talked to his wife again. Of course, the guy’s phone line was tapped and Chuck was arrested for threatening him.

After the case was thrown out, Chuck recalled that the guy was mysteriously beat up by a few people. Chuck said he figured the guy must’ve had an affair with another man’s wife. He added that he had nothing to do with the incident, because he was at a Yankee game when it happened.

Ronnie to the Rescue 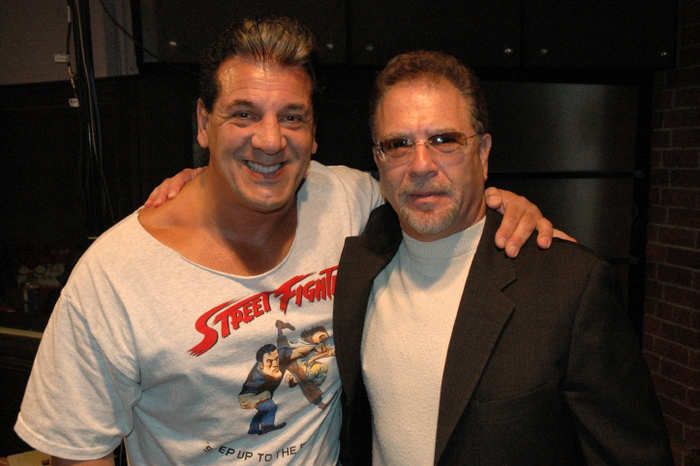 Gary wanted to know if Chuck thought Ronnie could take him if Chuck ever lost control in the studio. Howard explained to Chuck that earlier in the week there was a conversation about whether Ronnie, who is Howard’s only form of protection in the studio, could actually protect him if something ever happened. Chuck responded that, unless Ronnie was packing heat, he was pretty sure he’d get by him without a problem. Ronnie assured Howard, though, that if Chuck ever ended up going berserk, he’d take all the punches for Howard. Ronnie added that he and Chuck were friends, so he wasn’t worried about any kind of misbehavior in the studio. He went on to say that he witnessed Chuck bitch-slap another guy who was going through Chuck’s car outside of Scores and after seeing the guy go out cold just from the slap, knew he would never want to mess with Chuck in the first place.

The Inspiration That Is Howard

Besides being in the new movie, “Carlito’s Way: Rise to Power,” Chuck also brought up that he hosts a weekly radio show called “Chuck Zito’s Italian Bad Boy Hour” on WVOX 1460 in New Rochelle. Howard played a clip of one of the shows in which Chuck went off on Woody Allen for commenting that he was “bored” with September 11 and that it was “too small to be a part of history.” Howard pointed out that Chuck sounded like the Howard Stern of New Rochelle. Chuck responded that Howard was the reason he got into radio and he thanked him for all the support he has given him throughout his career. Chuck added that he was looking forward to visiting Howard at his new home next year.