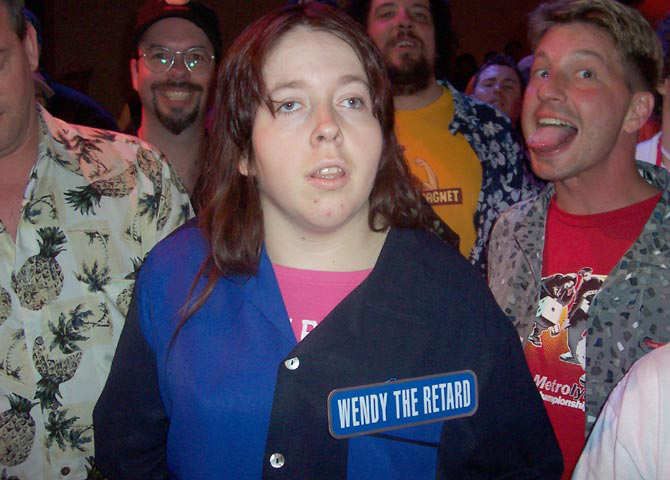 Program director of the farters, Nuno, called in to get some feedback on his performance last Thursday. Howard informed Nuno that he did a great job, and that all the responses he received about the launch of his station were positive. Nuno then revealed to Howard that he had such a good time being program director for a day that he wondered if Howard had any permanent positions for him. Robin pointed out that she was afraid Nuno’s construction job wouldn’t be that appealing to him after he got a taste of the radio business. Howard told Nuno that, although it wasn’t official, he was thinking about Sal the Stockbroker’s idea of putting Wendy the Retard in a room with a mic for 24 hours and broadcasting whatever she says or does during that time. Howard added that they would either use Wendy’s actual room for the broadcast or at least a replica of it. He went on to say that the room would include access to music, a drum kit and a telephone. 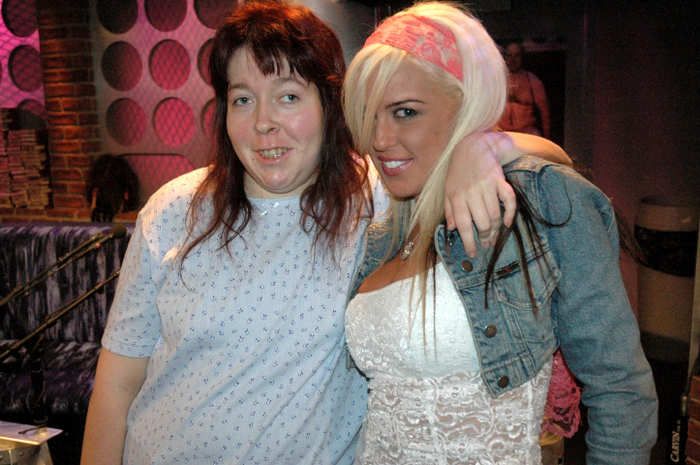 Robin commented that she would listen to Wendy all day if Howard went through with his plan. Howard mentioned that he’d have to clear some things with Wendy’s mom before he could finalize the idea, but that he might as well do it seeing as nothing is currently airing on Howard 100. Because of his experience working with autistic children, Nuno assured Howard that he would be the perfect program director for such a show if Howard wanted him. Howard noted that they also might have to put alcohol in the room with Wendy, since she really seems to shine when she is drunk. Howard then played a voice message a liquored-up Wendy left where she pretended to be Bill Cosby. Ralph Cirella got on the line and told Howard that Artie should get drunk with Wendy during the broadcast. When Howard told Ralph that Artie can’t appear on SIRIUS because of his contract, he recommended that Ralph get tanked with Wendy in her room. Ralph responded that he would be more than happy to do it. Howard noted that he wasn’t sure if he wanted a play-by-play announcer in Wendy’s room when the show aired. He reasoned that, even though it would be nice to hear what Wendy was doing when she wasn’t talking, hiring someone to narrate what was going on would make the whole event sound more professional than he wanted. Robin seemed to be against the idea of having an announcer, because she thought if Wendy didn’t feel completely at ease, she wouldn’t be herself.