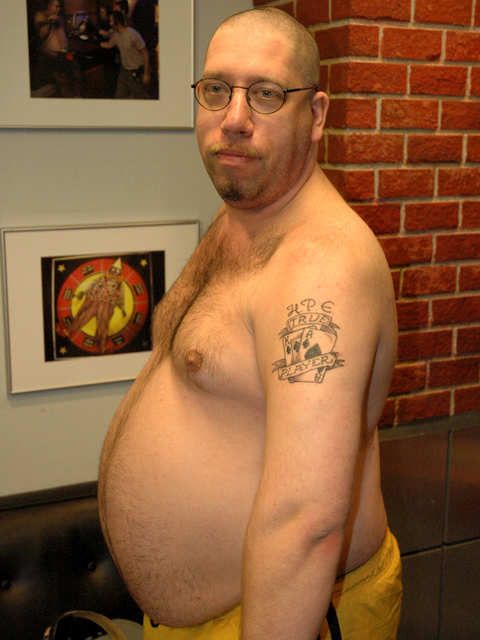 When Eric mentioned that he loves the fried clams at White Castle, and that he once ate 48 of the restaurant’s hamburgers in one sitting, Howard asked him how often he moves his bowels. Eric responded that he goes about four or five times a day and that each deposit probably weighs roughly two-and-a-half pounds. Howard wondered if Eric would be willing to relieve himself on a scale so everyone could guess how much his feces weighed. After he agreed to it, Howard then asked Eric if, instead of that idea, he’d sit in a room for 24 hours and do nothing but eat and go to the bathroom. Howard explained that every time Eric had to move his bowels, he’d have to do it on a scale so, this way the crew could bet on the cumulative weight of all the crap Eric could produce in a 24 hour period. Not surprisingly, Eric told Howard he’d have no problem doing it. Howard then decided that he would mic the room and that the broadcast would air on SIRIUS a week from Thursday (October 27th). Instead of betting on the exact number of pounds of feces Eric will release during his shift, Artie thought they should set an over/under, which he said should be seven pounds. With the exception of Gary, all the other participants believed Eric would go over that total. When Artie commented that he couldn’t be in the same room when all this happened, Howard suggested Artie might not be as ready for satellite radio as he once thought.