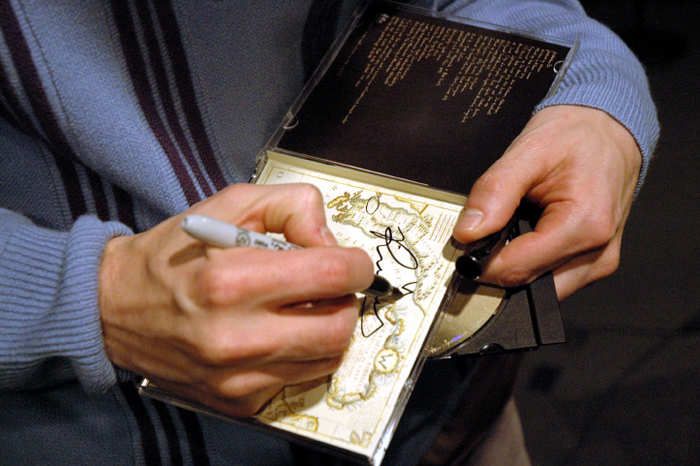 Gary told Howard that before Weezer left, the members signed photos, a set list, a lyric sheet and the part of the CD booklet that had his name for his daughter.

Robin brought up that not only did Howard have all that stuff to give to his daughter, but he could also show her, with the CD booklet, that he actually influenced the band when they made “Pinkerton.”

Howard acknowledged that having his name on the cover art was cool, but added that it was so small no one in the world probably knew it existed until this morning.