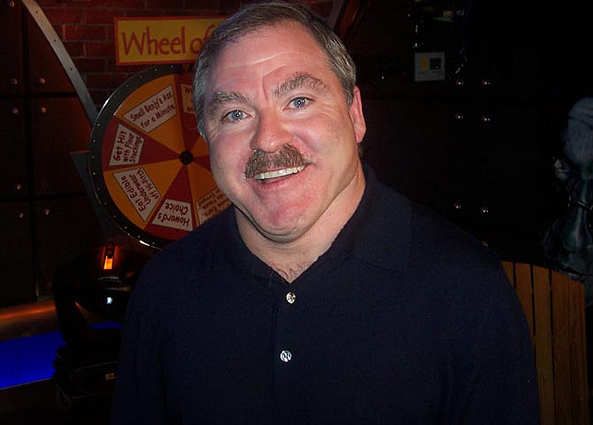 Howard opened the show by playing a clip of psychic, James Van Praagh trying to channel Johnny Carson from the woods near his former estate for the tabloid show “Insider.” After James claimed that Johnny told him he had some regrets about how he treated his family and that he wanted to get in touch with his last wife to let her know he was okay, Robin wondered why the reporter wasn’t questioning anything James was saying. Robin added that, just once, she would love to hear one of these television psychics talk to someone on the other side who wasn’t doing well. Gary noted that every time dead people are “channeled,” they always seem to give the most obvious messages to their loved ones. Gary went on to say that he wanted to hear Johnny inform James of something that was specific, like leading him to where he buried a million dollars in his yard – if he had actually done that, of course. Before giving the “Insider” reporter a reading, James did one for the show’s host, Pat O’Brien. After it was done, Pat mentioned that he was “still shaking.” Howard pointed out that he was sure Pat was shaking, but it was probably because of things he was doing in his personal life. When James gave the reporter her reading, he told her that her sister was trying to contact her, and that her sister revealed that the reporter loves shoes. Robin again noted that instead of saying something that could only apply to her sister, the ghost pointed out a detail that is shared by most people. Artie wondered what James’ readings had to do with entertainment in the first place. He then commented that James should be spending his time on the show predicting if “The Ghost Whisperer” would be picked up next season.