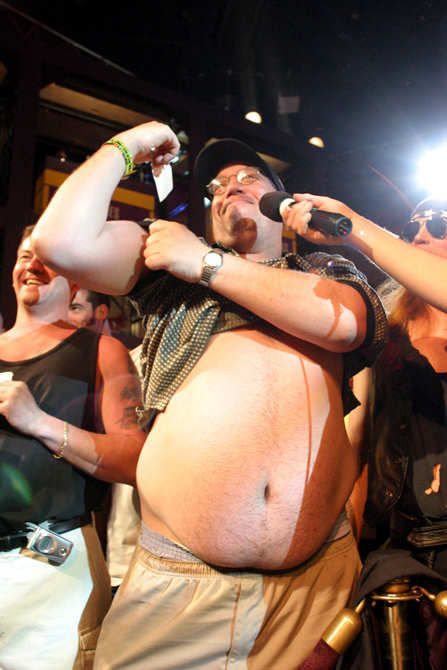 Based on information Howard was given as to how much a normal person’s defecation weighs, Howard originally made 2.5 pounds the over/under for Eric’s day-long poop production. However, Dr. Doody, a regular contributor to the show on all things feces, suggested that Eric would more than likely release at least five pounds of excrement during his session. Dr. Doody’s logic, which focused largely on the types of foods and drinks Eric would be consuming, caused Howard to set the over/under total at 3.5 pounds. Even though Dr. Doody insisted that Eric’s nerves would actually cause him to release more feces than he usually would, Howard bet both Fred and Artie $500 a piece that Eric would be under his 3.5-pound line. Gary agreed with Howard, and bet Robin $200 that Eric wouldn’t reach the total. Gary explained he thought Eric’s claim that he uses the toilet at least five times a day was absurd, which he said contributed to his wager. Artie announced that, since he went three times yesterday himself, Eric could easily go up to five times, especially with all the food he’d have at his disposal.