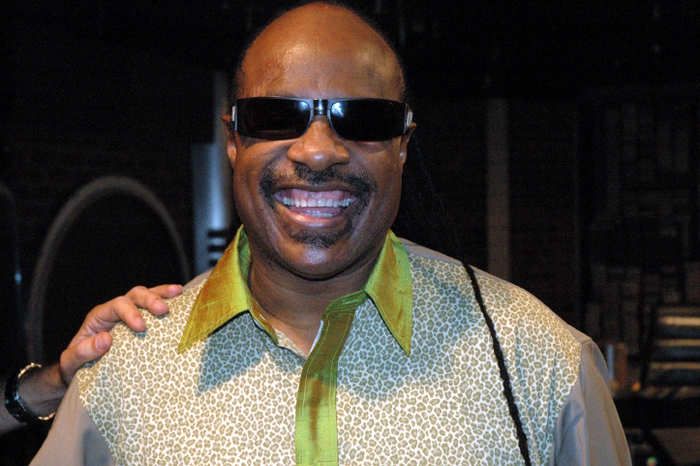 When Gary informed Howard that Stevie Wonder had arrived, Howard announced he’d take a break so they wouldn’t have to interrupt the interview with commercials. However, Stevie bypassed the green room and walked directly into the studio, which caught Howard off guard. As soon as Stevie came in, everyone stood and gave him an ovation. Howard commented to Stevie that it was an honor having him in the studio, and that he grew up listening to his music. Stevie responded that he listens to the show from time to time, and thought Howard looked better with age.