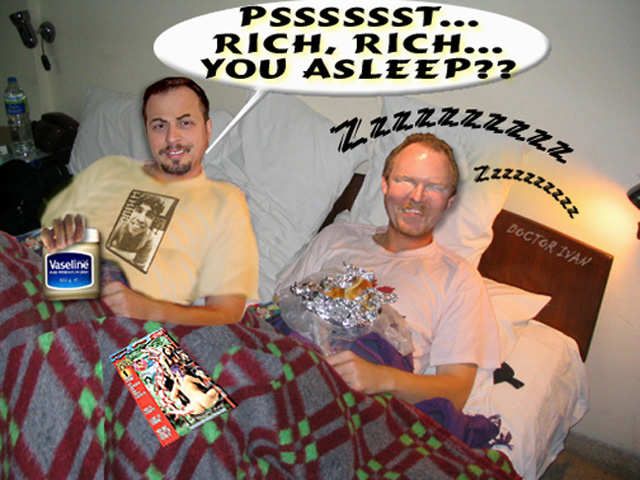 Richard and Sal revealed that, once again, they slept in the same bed this weekend even though they had booked separate hotel rooms. Sal claimed that they both turned away from each other in bed, but that their asses were touching the entire night. Sal went on to explain that he and Richard were stuck in that predicament because another comedian they were with was using the other room in an attempt to score with two women. Sal insisted that, unlike previous sleepovers he has shared with Richard, neither he nor Richard pleasured themselves while the other was sleeping.