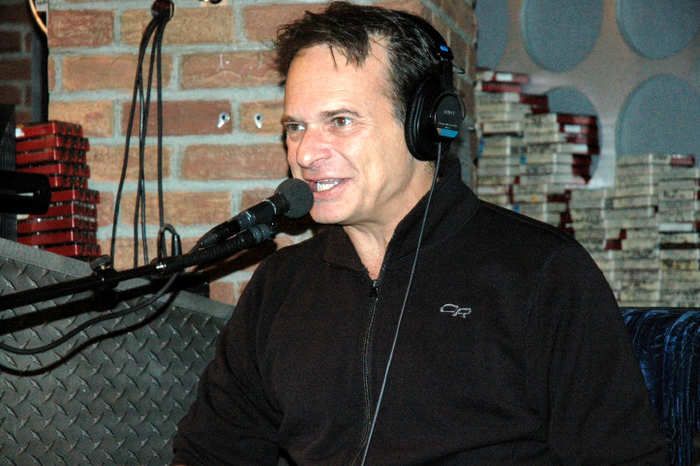 Gary Dell’Abate told Howard that the mystery guest had arrived and that he wanted to come right into the studio.

When Howard saw that the guest was Diamond David Lee Roth, he observed that his appearance was Infinity’s way of introducing David as one of his replacements. David responded that no one will ever be able to replace Howard and that he stopped by on his own accord. David went on to say that Howard is one of his radio influences because he is the only personality on the air who doesn’t rely on scripts while he talks. David added that he truly believes his show will be original enough that it won’t draw automatic comparisons to what Howard does now.

Howard commented that if he had been the lead singer for one of the most successful bands of all time like David was with Van Halen, he would consider radio to be a big step down. Although he acknowledged the point, David insisted that wasn’t the case with him. He explained that the largest crowd Van Halen ever played for was 325,000, yet millions of listeners will tune into hear what he has to say each morning. David also said that, since he has been given full control over what will air on his program, the decision to do his own program was an easy one to make.