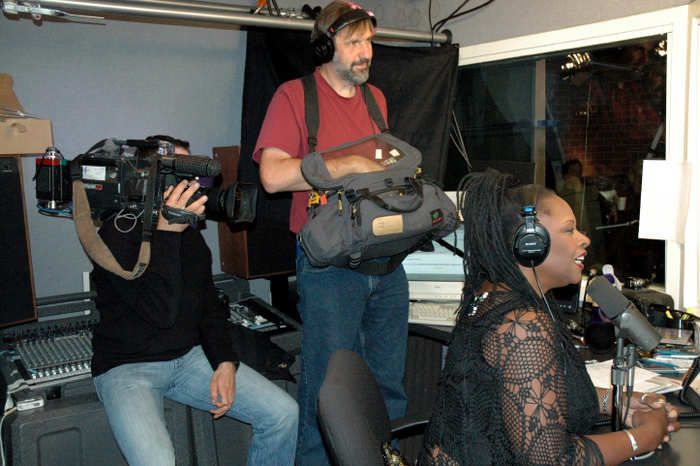 Howard admitted that he was a bit thrown off by the “60 Minutes” cameras that were in the studio yesterday, but added that all the attention the show received from such a reputable news organization made him feel important. Gary commented that Ruth, who is producing the show’s piece about Howard, was one of the best producers he has ever worked with, because she made everyone involved feel so good about themselves. Despite all the praise, Robin pointed out that she isn’t so sure the segment about the show will be positive. Robin noted that Ed Bradley, who will be interviewing Howard on Monday, not only doesn’t seem to like them very much, but also appears to have an infatuation with Don Imus. Howard responded that during the show yesterday Ruth kept suggesting he push back his hair and remove his sunglasses. Although Howard said he originally thought the request was made because Ruth thought he was attractive, he was now starting to believe that it was because she wanted to get a clear shot of evil’s face for the “60 Minutes” broadcast.