To the Brink of Tears 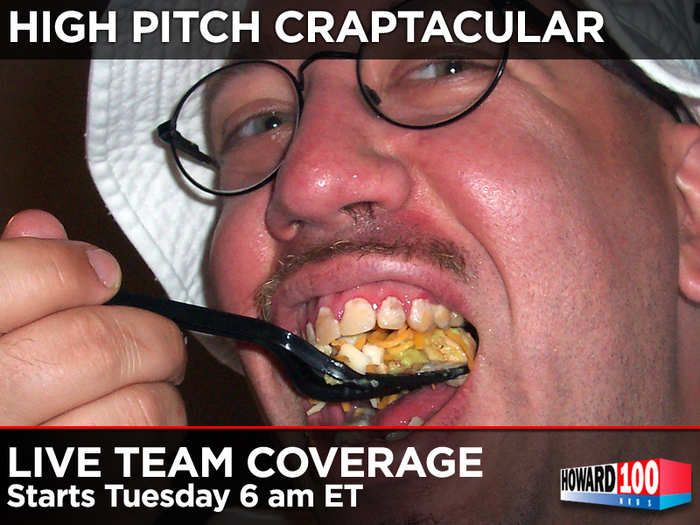 Howard reminded everyone that High Pitch Eric had begun his 24 Hour Craptacular at 6 a.m. and that he was feeling a little better about the bets he made. Howard explained that the Howard 100 News interviewed a zoo employee who works with large animals and that the man predicted Eric would produce only one-to-two pounds of feces during the day. Howard then reminded everyone that since he took the under on the 3.5-pound line, he was positive he’d win that bet.

Gary informed Howard that the people at SIRIUS had difficulty finding someone – they called all the nursing agencies in New York – who would weigh Eric’s droppings, so they ended up giving the job to Shuli, who would be covering the event for the Howard 100 News. Howard mentioned that yesterday, Ed Bradley asked him why he was airing this bit with High Pitch and that he responded because he thought it was funny. Gary wondered if at that moment Ed looked at Howard and questioned what he what he was doing there when he could be out chasing down Karl Rove. Artie told Gary that, at this point, Karl Rove is much more despicable than Howard, so Ed probably didn’t feel that way.

An Update From the Bowl