Making Good With the Crew

Making Good With the Crew 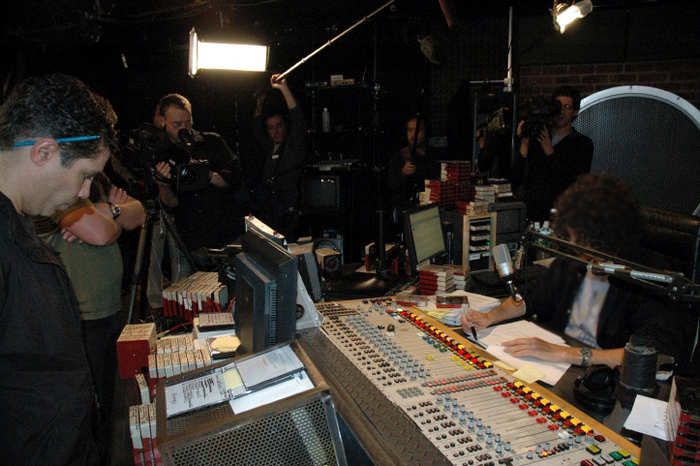 Robin commented that she was able to listen to some of Howard’s interview with Ed Bradley yesterday for the upcoming “60 Minutes” piece and thought he sounded eloquent and really drove home his points.

Howard acknowledged that he wasn’t happy with his first talk with Ed, but felt yesterday’s interview went much better.

Howard added that he thought his visit to Roosevelt earlier in the week also went well, so he’s looking forward to seeing the final product. Robin went on to point out that the segment’s producer, Ruth, seemed to really be into Howard.

Robin observed that Howard made a joke yesterday and Ruth laughed so hard that Ed actually gave her a dirty look.

Howard said he really liked both Ruth and Ed and he believed they felt the same way toward him.

Howard acknowledged that at first he was intimidated by the idea of “60 Minutes” doing a story on him because of how hard-hitting the program is, but that once he got used to everyone from the show, he really enjoyed himself.