Howard noted that since they had to pack some of the tapes they won’t be able to take with them to SIRIUS, he thought it was a good time to pay tribute to Sam Kinison. In the first clip Howard played, Sam accused Bobcat Goldthwait of stealing his act from him.

Following the tape, Howard recalled that Sam was one of his favorite guests of all time, because he knew anytime he appeared was going to be over the top. Artie mentioned that he was a construction worker during Sam’s heyday on the show and would sit in his truck on the mornings Sam was on just so he could listen. 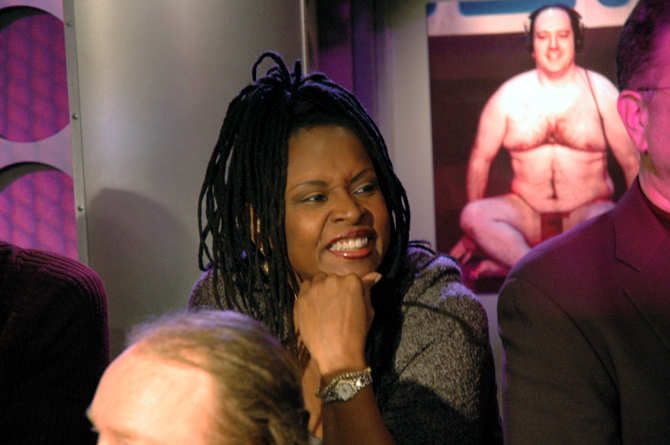 Howard brought up a time when Sam, who he said had a big crush on Robin, actually pinned her against a wall while the three of them were in his office. Howard went on to explain that although he first thought Robin and Sam were merely joking, he quickly discovered that Robin was actually looking for help. To lure Sam away from Robin, Howard distracted him by giving him a bottle of champagne. Tom commented that he remembered that incident as well and that Sam made a similar move on Robin in the hall later during the same visit.

After playing clips of Sam arguing with Ronnie the Limo Driver and making Jessica Hahn cry, Howard commented that Sam’s wit, humor and edginess were necessary at the time and that he’d love to hear what he had to say about today’s world.

Howard added that the tapes of Sam were so good that he’s seriously considering taking them with him, regardless of the potential implications he’d face. Howard also noted that the first words heard on his debut show at SIRIUS might be spoken by Sam.