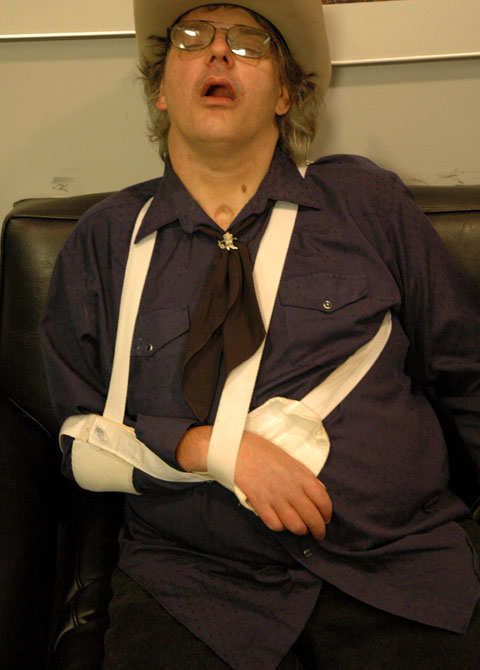 Jeff the Drunk called in to report that he hit and killed a deer with his car yesterday.

After Howard confirmed that what Jeff struck was actually a deer and not a human being, he wondered if Jeff felt badly about what he did. Even though Jeff claimed he did, Howard pointed out that the deer probably had a more important purpose in life than Jeff does.

Howard went on to explain that while Jeff wastes his days drinking and smoking in his mother’s trailer, the deer he killed had the responsibility of protecting and providing for its young.

When Jeff told Howard that he was overreacting and that it was just a deer he killed, Howard replied that humans shouldn’t automatically think the world was created for them and not other animals. Howard then noted that the deer Jeff hit could’ve easily replaced him as the hand-stamper at the pool where he used to work.