Basketball star sits down with Howard 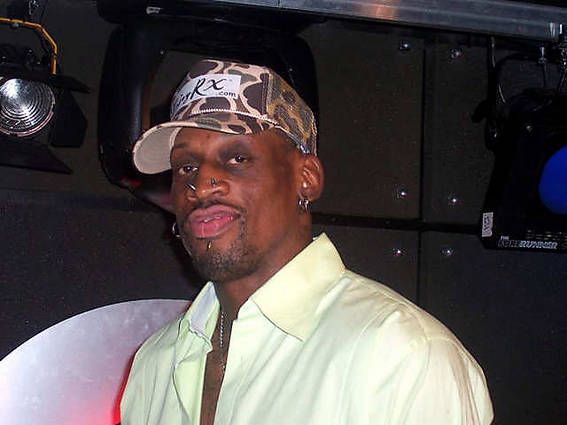 When Dennis Rodman came into the studio, Howard mentioned that he was surprised to learn in his new book, “I Should Be Dead By Now,” that Carmen Electra was the love of his life.

Dennis told Howard that when he wrote the book that statement was true, but he has since found a different woman – namely his wife, Michelle – who has taken that title.

While You Were Sleeping

Dennis admitted Carmen broke up with him after she discovered he was cheating. Dennis went on to say the woman with whom he was cheating with used to drive him to his dates with Carmen, so, given the fact she didn’t care he was having sex with more women than just her, he couldn’t figure out why Carmen got so upset.

Dennis also mentioned he and Carmen got into one noteworthy fight during their relationship. Dennis explained that while he was sleeping, Carmen had taken a piece of uncooked macaroni and inserted it “where the sun don’t shine.” After Howard commented that he heard Carmen did it because Dennis had relieved himself on the bed, Dennis replied that he doesn’t mind being touched down there, as long as he’d given time to prepare for it.