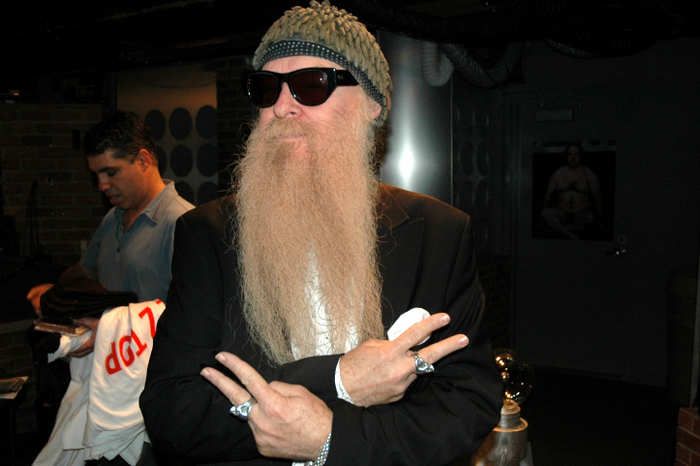 Billy and His Little Buddy

Following acoustic performances of some of ZZ Top’s greatest hits, including “Tush,” “Tube Snake Boogie” and “The Grange,” Billy announced that he’s getting married for the first time in his life. Billy mentioned that he has been seeing his finance, Gilligan, for 20 years, and that, since his wild days are behind him, he decided it was time to take the plunge. Gary reported that he was talking to Gilligan in the green room, and that, given her age, Billy must’ve had to wait for a while after meeting her before he could have sex with her. Gilligan entered the studio and noted that she met Billy when she was 15, and that he didn’t touch her until she was of legal age.

Although Gilligan admitted that she was a little afraid of Billy upon their introduction in Texas, subsequent meetings they had in Europe went much better, and she eventually fell for him. Howard wondered if Billy was going to make Gilligan sign a prenup, and he said that he was. Artie noted that decision was a good one on Billy’s part, because Gilligan didn’t write “Tush.” Billy then mentioned that he recently met Gilligan’s 100-year-old grandmother who wondered when he was going to marry Gilligan. Billy commented that after their discussion, he knew he had to propose.