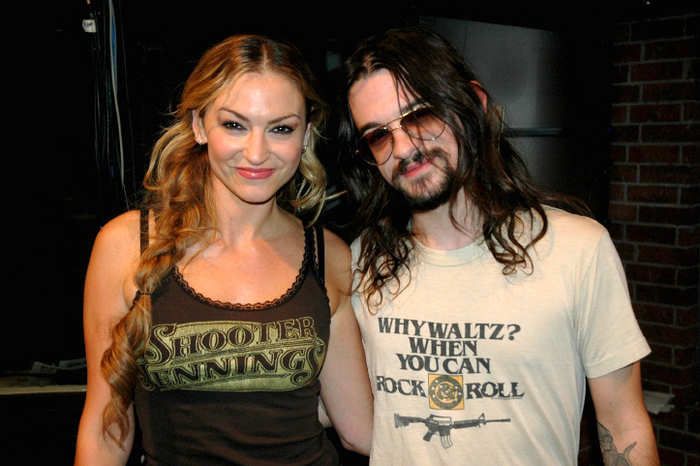 After retiring legendary DJ Alison Steele’s rendition of “The Woodstock Minute” that revealed the important role former “Three Stooges” star Larry Fine played in the event, as well as the song parodies, “Did You Have Sex with Magic?” and “Chas is Gay, Babe,” Howard had actress, Drea de Matteo, and her boyfriend, Shooter Jennings, into the studio. Howard told the two that he heard they were making out in the green room, which Drea confirmed was true. Howard then brought up that Shooter, the son of country music great, Waylon Jennings, plays his father in the Johnny Cash bio-pic, “Walk the Line.” Howard went on to mention that Drea must be getting a good deal of money for her role as Gina on “Joey,” which led Artie to guess that she’s earning between $50,000-$100,000 per episode. Although she wouldn’t get into details, Drea did admit that, contrary to Howard’s opinion, HBO paid her about the same amount for her part of Adriana on “The Sopranos.”

Good Things Come to Those Who Wait

Howard commented that he thought Drea looks good, and that she talks just like Adriana. However, Artie pointed out that Drea was speaking in an exaggerated Italian voice during the interview just to make fun of him. Howard then mentioned that it is good Drea can turn off the dialect, because someone like Artie can’t. Howard went on to ask how Drea and Shooter met, and she responded that she attended one of his concerts, and proceeded to follow him around the rest of the night. Shooter claimed that he ended up hanging out with Drea for the remainder of the night, but that they weren’t physical during their first night together. 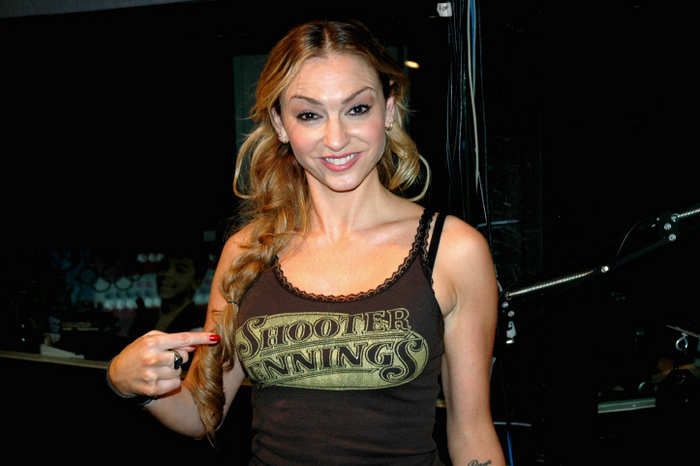 Howard mentioned that Drea only got an 800 on her SAT, yet was able to get into NYU.

Drea explained that she actually received a perfect score on the English portion of the test, and didn’t bother answering any of the questions on the math portion, which was why she was accepted.

She then noted that she partied during her college years, and that her role on “The Sopranos,” which she got while in school, was her first break. Drea acknowledged that, although she misses being on the show since Adriana got killed off, she was tired toward the end of her run, so it was time for her to move on.

Drea revealed that she lost her virginity at 17, and that she has never been with a woman, despite what Howard thought. Howard mentioned that he once saw Drea at a party in Los Angeles, but that he didn’t approach her because he had heard she was mean. Robin commented that she got the same vibe from Drea, especially because she didn’t say anything to her when they sat next to each other at the premiere of “Kill Bill.”

Drea replied that she’s often labeled that way because of her mannerisms and the way she talks, but that she’s actually a very nice yet very shy person. In addition, Drea mentioned that she was on the show when she was 19, because, at the time, she was hanging out with Corey Feldman, who happened to call in one morning. After insisting that she never had a relationship with Corey, Drea remembered that Howard called her names while she was on the line because she kept cursing.