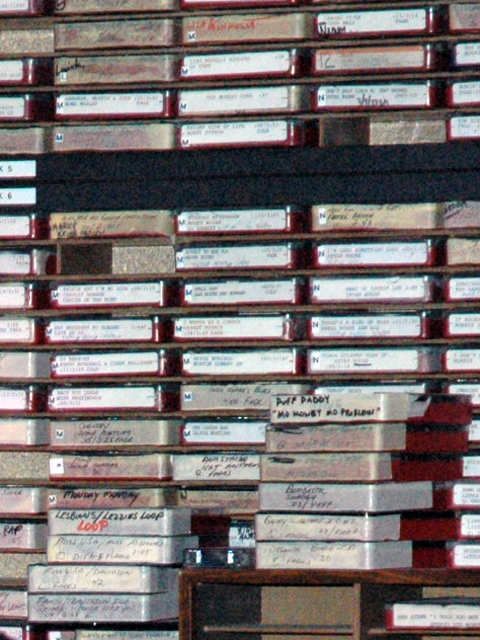 Despite this problem, what was really bothering Howard was the issue of his carts.

Howard explained that Tom Chiusano had informed Gary that, because the station is going digital and therefore won’t need carts anymore, Infinity has no reason to keep them. Given this, Howard proposed keeping the carts in storage, just in case he and Infinity are able to work out a deal that would allow him to one day use his own material. Howard went on to note, though, that when Tom found out about his plan to take the carts, he changed his mind about not needing them, and now wants to inventory them.

When he came into the studio, Howard explained why he felt Tom’s motives toward him were clear. Howard said that given Tom’s stance on the carts, as well as his comment yesterday that he hoped it snows on December 16th so no one shows up for the planned march to SIRIUS, he’s going out of his way to make his departure as difficult as possible.

As he did yesterday, Tom defended his storm comment by claiming it was a joke.

Howard pointed out that he didn’t think the remark was funny, and added that he knows he can’t legally play his carts without Infinity’s permission, and that he would never dream of pulling such a stunt. Howard also said, though, that as long as the company has no need for the carts, he’d like to keep them instead of having them erased. Howard went on to report that he proposed giving away the tapes to fans during the final broadcast, and that Tom had no problems with that idea.

However, Howard noted that if he wants to keep the tapes himself, then Tom will need to inventory them.

Howard pointed out that he wants to go out on the streets during his final broadcast to thank his fans and sponsors, and doesn’t understand how Tom can be against that. Robin mentioned that Tom seems think that Howard will use the tapes in an underhanded way if he’s allowed to take them, and added that the whole situation reminds her of a bad divorce. Robin went on to say that what really makes no sense is that Howard was the only one who initially cared about preserving the tapes. It was only later when Tom (and others) realized there was money to be made by preserving the tapes and using them for “Best of Stern” shows that they suddenly wanted to keep them.