Not the Most Sirius Threat

A Cough and a Hard Place 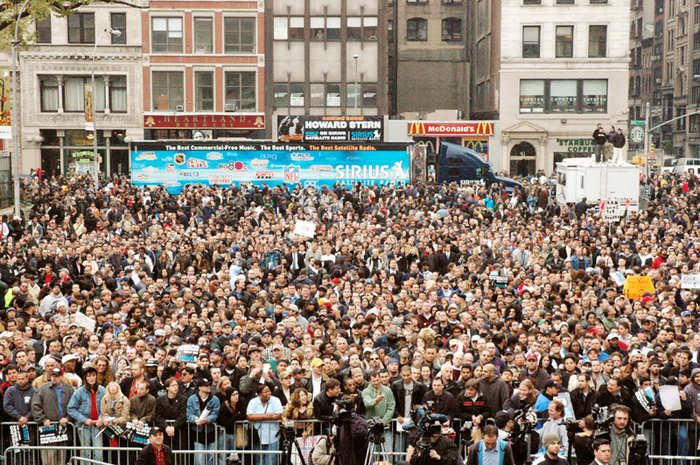 Howard announced that the final show on December 16th is starting to take shape, despite the resistance he’s gotten from Infinity. Howard noted that because Tom doesn’t want him marching to the SIRIUS building like he planned, he’ll instead address his fans on the street at 8 a.m., and then begin walking toward his new home right as the show ends at 10 a.m.

Howard also revealed that cash, possibly including some out of his own pocket, will be given out as prizes that morning, and that he’s also working on a surprise for when the procession arrives at its destination. After Howard announced that several major news sources have already told him they’ll be covering the event, Robin wanted to know if the new itinerary changed the plans Tom had made for the after-show party. Howard replied that, following his argument with Tom yesterday, he officially decided he won’t be attending the event.