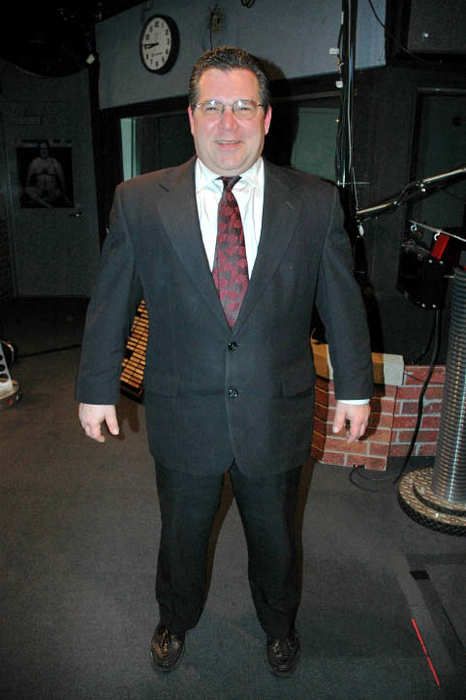 Captain Janks came into the studio for his final appearance on the show. Janks told Howard that they first met in 1989, and that he promised him from that point on that he’d help spread the word about the show.

Howard thanked Janks for all the years he’s devoted to making prank calls, and Robin added that he was the catalyst for many other people who now do the same thing. Artie also pointed out that what he loves about Janks’ calls is that they’re funny right away because of the small window of opportunity he has to make a Howard reference before being hung up on.

The following are the Janks calls Howard played, as well as the memories that were shared after each tape:

• Janks calling Rosie O’Donnell during her talk show’s premiere and telling her that Howard said she was “a fat pig” three times before being disconnected. Howard commented that what he appreciates about Janks’ calls is the way their recipients address what happened upon realizing they’d been humiliated. Although Rosie claimed in the clip that she decided to “kill Howard with kindness,” Janks reported that someone who was in her studio audience for that show’s taping told him that she lashed out at her producers during a commercial break because of the call.

• Janks asking Mother Angelica if she’d “spread” for Baba Booey. Janks recalled that a priest was the screener for Mother Angelica’s program, and that, as is the case with most call-filtering processes, he had to leave his phone number and a fake question with him in the hopes that he’d phone back to put him on the air. Janks noted that he doesn’t mind giving the screeners his real number, because if they call back to yell at him, he records those conversations as well.

• Janks phoning in to the Jerry Lewis Telethon to ask the host what he thought of Howard. Janks mentioned that some people were so outraged by this call that they actually picketed one of his appearances because of it. Janks also explained that, because he told the telethon’s screener he was Larry King’s manager and that Larry wanted to talk to Jerry, he had to use clips of Larry’s voice in order to convince the person that he was the man he purported to be.

• Janks identifying himself to Brian Wilson as the Parisian Bureau Chief for “Newsweek” shortly after Princess Diana’s death and telling him that her vehicle was traveling at such a high rate of speed before the fatal crash because she instructed her driver to get her to a video store before it closed so she could rent “Private Parts.” Janks acknowledged that a few people weren’t too thrilled with the timing of this call, but went on to claim that he doesn’t making fun tragic situations, but rather the people who report on them.

• Janks calling into a morning show as Chuck Woolery, who had just gone through heart bypass surgery, and telling one of the program’s hosts, Rick Dees, and others involved with the broadcast, that “they sucked.” Janks told Howard that the real Chuck called into the show the next morning to discuss what happened, and ended up saying that “Howard rules” the same way Janks had done.