Actor to appear in upcoming movie alongside Lindsay Lohan 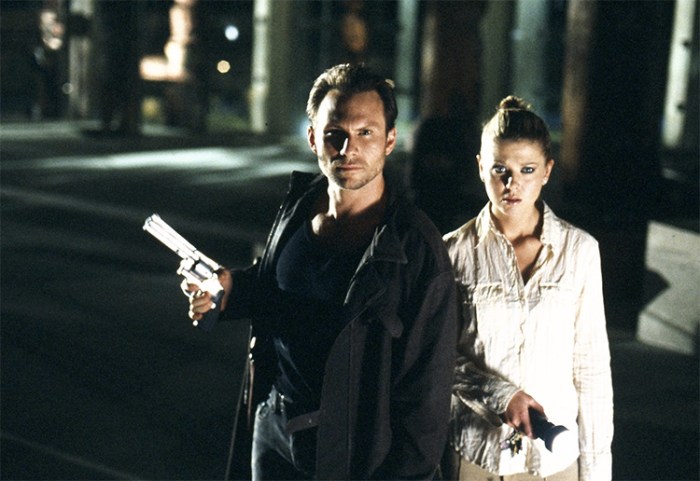 Christian Slater and Tara Reid in “Alone in the Dark” (2005) Photo: Lionsgate

Christian Slater made an unexpected call into the show from his car to wish Howard luck with his move to SIRIUS.

Howard informed the actor that he had been worried about him after reading Christian had fallen off of a roof after being tasered by the police.

Christian assured him everything in his life was going well and said he’d be glad to sit down and tell Howard all about the incident as soon as he starts his satellite career.

Howard proceeded to ask Christian if he’s still married to his wife, Ryan, but he revealed that he was not.

Given this, Howard wondered if Christian made a move on Lindsay Lohan, who stars with him in the upcoming movie, “Bobby.” Christian said he had not.

Thanks to a bad cell phone connection, Howard’s call with Christian ended prematurely. Afterward Howard mentioned that, based on everything he knows about Christian, he could devote an entire show to interviewing him. Howard told listeners he’d hung out with Christian before, though, and the actor is actually nothing like the guy the tabloids make him out to be.