The star addresses the feud. 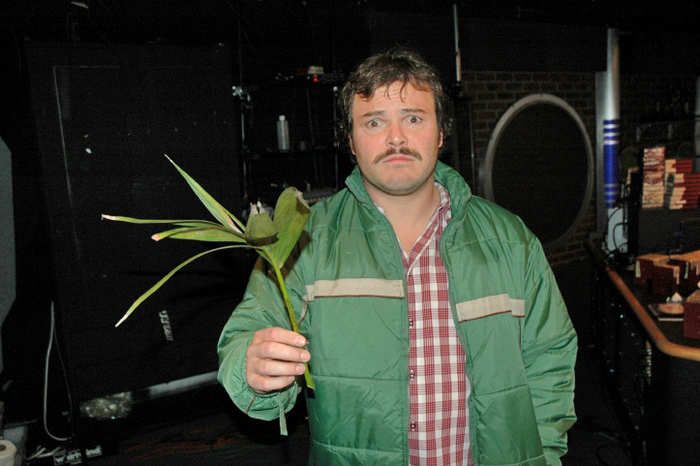 When Jack entered the studio, he presented Howard with an olive branch and explained that he has been receiving calls all week from his friends telling him what Howard has been saying about their feud.

Jack went on to claim that he couldn’t remember making any derogatory comments about Howard after his appearance on the show and suggested that the clip he had heard may have aired before he was on the show.

Howard responded, though, that they had researched the matter thoroughly, and he promised Jack it occurred after he appeared on the program – in fact, it happened 3 days after his appearance on the show.

Howard proceeded to play the clip for Jack, where he and his Tenacious D partner, Kyle Gass, discussed Howard’s acting and the fact that he was divorced even though the premise of “Private Parts” was based on how strong his relationship with Alison was.

Although Jack pointed out that it was actually Kyle who did most of the talking during the clip, he admitted that he didn’t make any effort to stop him from making the remarks either.

Jack went on to mention that not only has he been listening to Howard for 15 years, but that he’s stolen bits from him during this time. Jack then apologized for his comments, a gesture which Howard accepted.

After the two made their peace, Robin noted that the remarks Jack made sounded worse to her when she heard them yesterday. Howard agreed, and said that he thought Jack’s allegedly offensive words may not have even warranted an apology.

Howard told Jack that he saw the trailer for “King Kong,” which he stars in, and that it looked amazing.

Jack responded that he spent eight months in New Zealand filming the movie and that he didn’t want the experience to end. Jack went on to say that every shot involved the use of a green screen, but that the technology was so advanced that he didn’t understand how the movie was put together.

Black in the Saddle

Jack revealed that he and his longtime girlfriend, Laura Kightlinger, have broken up, and that he’s now dating a girl he’d known in high school.

Although Jack admitted his new girlfriend didn’t seem too interested in him when they were younger, he said that she now claims she liked him back then as well. This discussion led Howard to remember a girl from his high school whom he had a crush on simply because she was so attractive.

Jack replied that he’s been with his share of hot women since he’s become famous, but that he needs something more than physical beauty to keep him interested. Jack went on to comment that his new girlfriend was always “mysterious and fantastical” to him when he was admiring her from afar, and that she has become his soul mate.