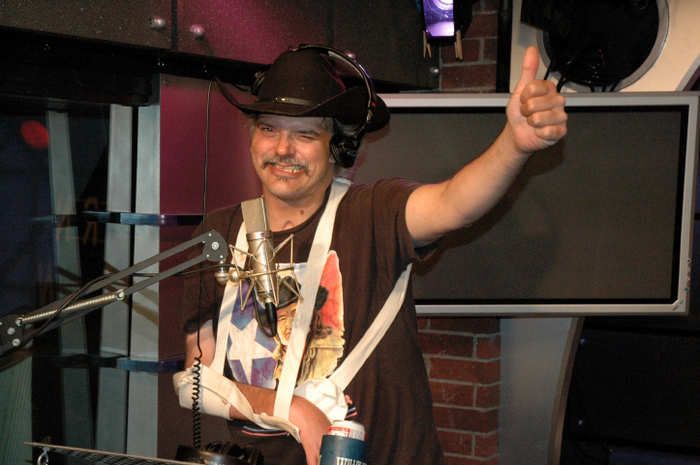 Howard brought up that someone pretending to be George Lopez’s representative called Jeff the Drunk and told him he could no longer be on SIRIUS – and that he fell for the prank.

Howard then played a tape of Jeff, on the verge of tears, calling Gary trying to find out what he did wrong to warrant the ban.

Howard then proceeded to play clips from a CD Jeff sang on. Howard went on to say that he was sure Jeff’s singing was set up by a guy hoping to make money off the show – perhaps discovering the next William Hung.

Jeff called in and admitted that he didn’t get paid for his performance, but added that he had a blast doing it. Before Jeff got off the line, Howard advised him to be as open as possible during his on-air session with Dr. Ellen McGrath on the premiere of “Meet the Shrink.”