Howard reported that Beth had to go out of town for a few days starting yesterday, and that as soon as she left, he had the immediate urge to pleasure himself.

Given his situation, Howard popped “Sopornos 4” into his DVD player and that it did the trick right away. Howard added that he thought the movie’s star, Tawny Roberts, was really hot, even though he felt she wasn’t very interested in the action.

Richard recalled that Tawny once tried to get onto the show, but wasn’t allowed to come up from the lobby.

When Howard expressed anger at the news, Gary explained he made the decision not only because he didn’t know Tawny, but also because she had fallen and was covered in blood.

Howard noted that after he “finished” he was going to put away the DVD, but decided to leave it in the player in case he wanted it later. Howard went on to say that, sure enough, he ended up watching some of “Sopornos 4” again after the finale of “Survivor: Guatemala,” and that his second session produced the same results as the first. 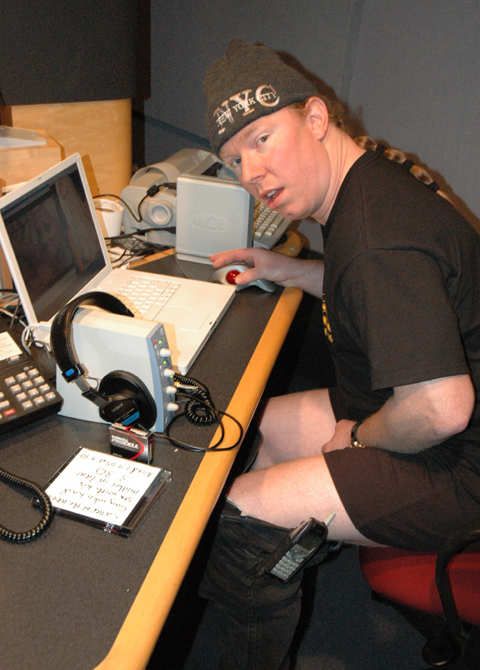 Richard went on to report that while he and Sal were flying to Arizona, Sal went into the plane’s bathroom and, knowing he was going to be quite a while, took a magazine in with him.

Richard added that there was a line of people who needed to use the toilet, and that he heard other passengers complaining about the amount of time Sal was taking.

Richard also mentioned that he was able to get the people sitting around him to applaud when Sal finally came out of the bathroom.