There’s Only so Much Time

Bigger and Better Than Before

Bigger and Better Than Before 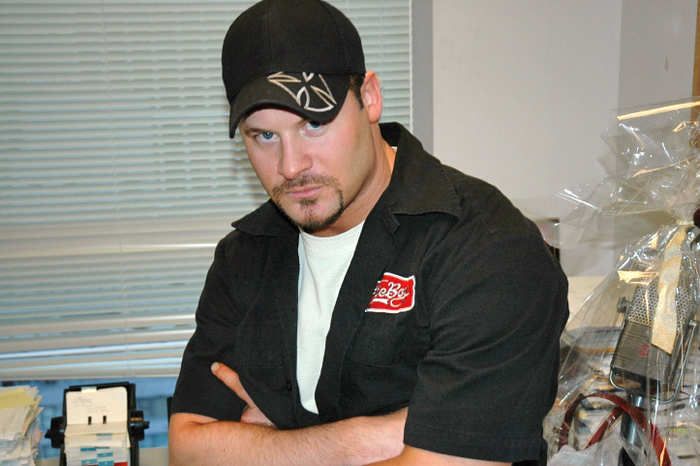 KC Armstrong made his highly anticipated return to the show this morning and the first thing Howard noticed about him was that he looked more muscular than ever.

KC told Howard that he had a breakdown last year and that his doctors discovered it had caused him to lose much of his testosterone. Given this, KC acknowledged that he’s been taking testosterone as prescribed by his doctor, which has allowed him to bulk up quite a bit.

While he was explaining his increased mass, Artie pointed out that it hadn’t hit him until just now, how much he missed KC.

KC reported that one of the people who helped him straighten out his life since he left the show was the head of his rehab group, Richard, who came into the studio. Richard mentioned that KC has made significant progress in his attempt to recover from some of his problems, and that he has just a little way to go before completing the turn around. Since they were on the topic of KC’s past anger issues, Howard recalled that the last time KC called in, he said a number of pretty angry things to Tom Chiusano.

KC then asked if he could say a few words to Tom, who came into the studio and agreed to hear him out. KC proceeded to apologize for the way he treated Tom and admitted that the whole incident was his fault. KC added that he thinks Tom is a great guy and that he didn’t deserve to be treated the way he had. When KC asked Tom if he could shake his hand, Tom responded that nothing would make him happier.

Following their embrace, Tom acknowledged that he was on the verge of tears, and that he understood KC’s misplaced anger at the time. Tom also said that he’s thrilled that KC is doing well, and that if he could do anything to help him stay that way, all he’d have to do is ask.

KC responded that he now realizes that Tom has already helped him in many ways and that, if Tom hadn’t finally fired him when he did, he didn’t believe he’d be in such good shape now.

The Joys of Work

KC mentioned that he’s not only performing standup now, but that he’s also working as a talent scout for Beverly Hills Choppers, where he’s responsible for picking women to appear as models for the company. KC commented that since he had a girlfriend when he first moved to Los Angeles, he didn’t get to experience other women. However, KC went on to say that when he and his ex-girlfriend broke up, he’s been testing the waters. In fact, KC admitted that his job has helped him meet girls and that he recently had sex eight times in one day with one of them – thanks to the testosterone. 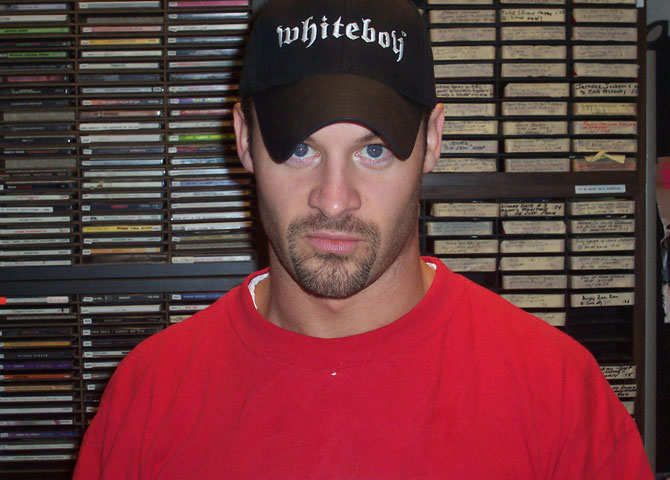 Following Artie’s recollection of once being a part of an intervention for KC, he went on to note that KC was not only a talented producer for the show, but also someone who had an eye for talent. To illustrate his point, Artie mentioned that KC discovered Richard Christy and the Rev. Bob Levy. Richard agreed with Artie’s assessment and pointed out that KC was the one who made sure his song parodies were played on the air when he used to send them in as a fan. Dominic Barbara then called in and said that KC has come a long way over the past few years and that he was proud to have been able to help him out with some financial matters.

You Say Serenade, I Say Marinade

Howard brought up that some of his favorite moments of KC were when he used words incorrectly and mispronounced others. Howard then played clips of KC talking about “serenading” a piece of chicken instead of “marinating” it and also pronouncing the word “mignon” with the “g” in it. Howard assured KC, though, that everyone makes mistakes when it comes to speaking and that his slip-ups were funny in an innocent sort of way.

Terrorism Brings Out the Worst

Robin remembered that KC was the one show member who left the station to go home on September 11, 2001 and she asked him if he thought he’d still react the same way today. KC responded that he was so troubled at the time that he spent the rest of that day drinking and used the next day as an excuse to get drunk as well.

KC acknowledged that, as time went on, he became disgusted with himself for the way he dealt with the situation. Gary then mentioned that as bad as KC was at the time mentally, he still looked great. Gary also pointed out that KC was the first person he ever hired to act as his assistant and that he did a great job the entire time he had the role.

Howard again said that KC was a major part of the show for many years, and that he was happy he was doing well. Howard then commented that he’d be interested in having KC sit in for a session of “Meet the Shrink” or to him star in his own reality show for iNDEMAND.

KC responded that he’d listen to any offers Howard made, and that he was sure the show will revolutionize satellite radio. Before he left, KC also noted that he had turned over his DVD to a distributor and that if the people who had ordered them hadn’t already received them, they would very soon.

Nothing But the Facts