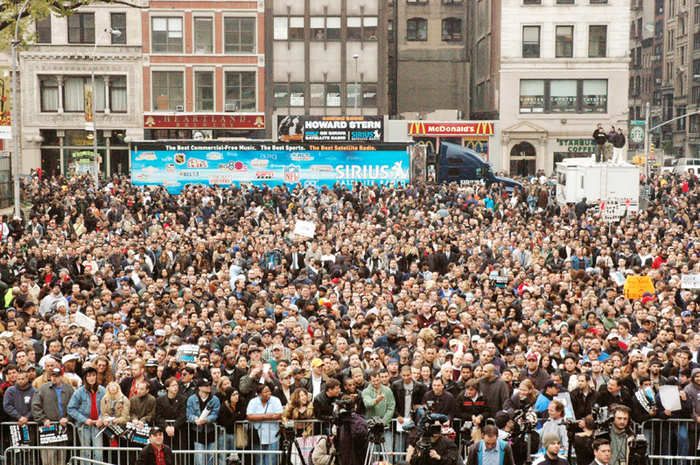 Howard said he began working on his speech yesterday for tomorrow’s final show and that he already has six pages. Howard also pointed out that the main reason he decided to have the parade was so his fans will have an opportunity to once again get together.

Howard mentioned that while hoards of his followers used to gather in different cities for his book signings in the 1990s, there has never been the chance for them to join forces in a centralized location like there will be tomorrow. In addition to the parade, Howard announced that, at its conclusion, he’ll be picking people from the crowd to join him at the Hard Rock Café for a special concert performed by Sheryl Crow.

Howard then assured everyone that the festivities will go on as planned, regardless of the weather. He also reminded everyone that Yahoo would be providing wall to wall live coverage of the event on their Website for those fans who won’t be able to make it.