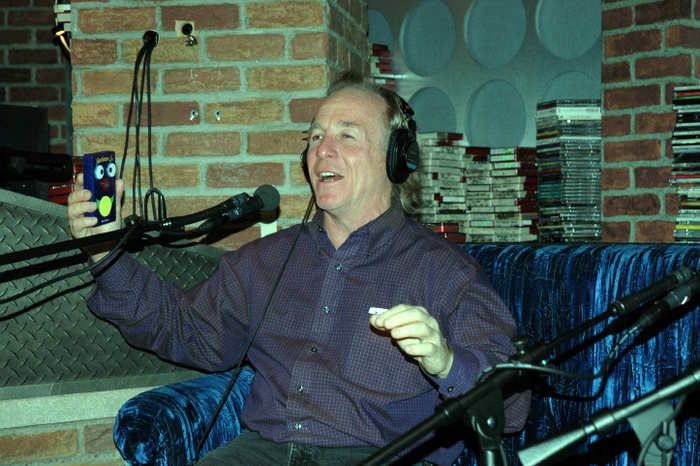 When Jackie Martling came by to bid farewell to the show, Howard pointed out that he hadn’t seen him since he left the program more than five years ago. Jackie replied that he and Howard were supposed to have dinner recently, but he was glad their plans fell through because it made their meeting this morning more powerful.

Jackie went on to say that he worked on the show full time for 15 years and another three years on a limited basis.

Howard noted that Jackie was the one who coined the phrase “King of All Media,” which Jackie thought was only partially true. Jackie explained that he had actually referred to Howard as “King of Media” and Howard was the one who added the word “all” to the moniker. 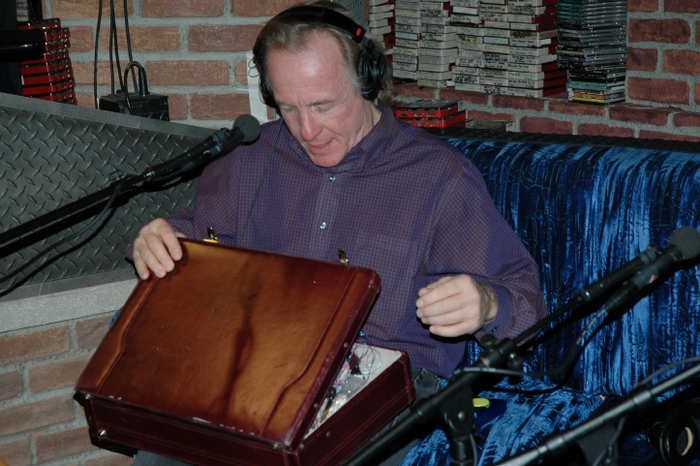 Jackie said that although he’s living a great life at the moment, he also misses the show because of the way it made him laugh for five hours every morning. Jackie added, though, that despite the money and fame the show brought him, he simply could no longer take the physical effects having to get up so early were taking on him. Jackie then admitted that, because he didn’t care if he got to keep his job or not, he made a big demand when attempting to negotiate his contract. Upon hearing this, Howard told Jackie that even though he’s poor and unknown these days, at least he’s well-rested. 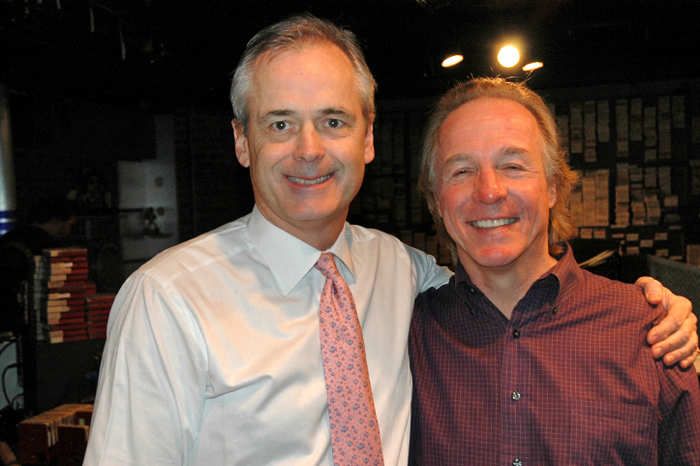 Fred mentioned that he’s no longer mad at Jackie and that the two of them had lunch the day the show was suspended last month. Fred added that he didn’t reveal that he got together with Jackie because he didn’t want to ruin the chances of him coming on the show. Fred did acknowledge, though, that he was upset with Jackie for a while after he quit because he felt like he walked out on them. Jackie responded that he was in negotiations with Tom for months prior to his leaving and that Tom eventually stopped returning his calls.

Jackie went on to say that Tom was aware that he wasn’t going to be coming in the day everyone else learned he had quit and that he therefore had time to make the necessary plans.

Tom came into the studio and, after saying it was great to see Jackie, explained that he offered him a five-year deal that had guaranteed money, but that it was turned down.

Tom then acknowledged that it was at that point when he realized Jackie wasn’t going to accept any offer he made, so he gave up on trying to come up with a one. 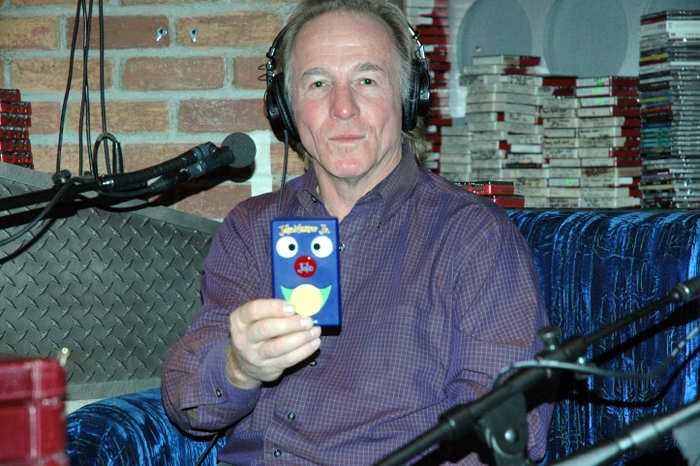 As Gary attempted to explain a detail about the contract dispute, Jackie interrupted him to comment about the size of his teeth.

To illustrate his point, Gary said that, although Howard has taken his share of digs at him throughout the years, he always has a cut-off point where he stops the jokes. However, Gary noted that when Jackie was on the show and they made fun of him, he would never let it go. Gary went on to remark that years ago he accidentally typed the word “amke” instead of “make” in an e-mail and that, just a few months ago, Jackie reminded him of that typo yet again. 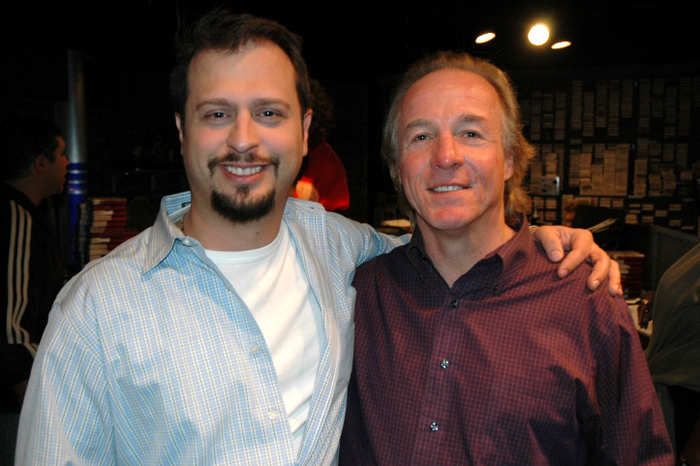 Howard recalled one of his favorite moments with Jackie was the time he had to apologize to his then wife, Nancy, for getting into a bathtub with Jessica Hahn while they were in Philadelphia. Despite his version of the incident, Jackie pointed out that Howard never had the story right, so he wanted to correct him once and for all. Jackie explained that the show was doing a special broadcast in Philadelphia at the time, and that he, Howard and Jessica all got into a tub together as a joke. Jackie added that absolutely nothing sexual happened at all and that he even left on his pants to make sure he was totally safe.

Jackie went on to say that the only reason Nancy got mad at him was because of the way Howard made it sound like they had “an orgy” when he brought up the incident on the air the next day. Jackie noted that the controversy occurred right before he and Nancy were scheduled to go to Europe and that she insisted she wouldn’t go with him because of it. Jackie said that it was his decision to apologize to his wife on the air that got her to change her mind. After reporting that Nancy forgave him following his apology and that they had a nice trip, Jackie also pointed out that Howard had snuck the lingerie Jessica was wearing that day into his suitcase, but that luckily, Nancy never discovered it. 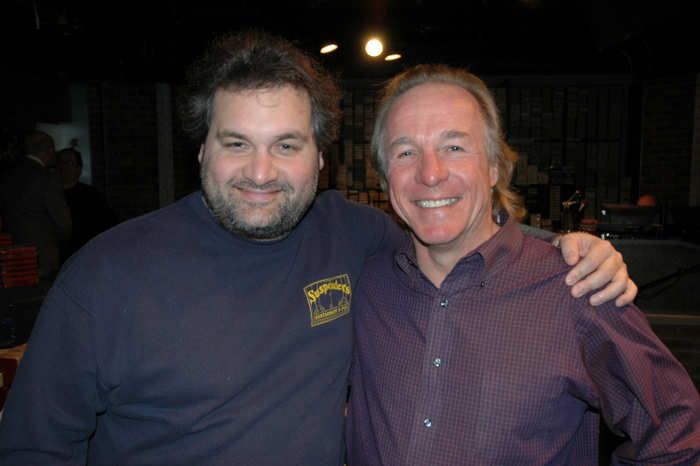 After playing the clip of Jackie doing an impression of Robin while reading an excerpt from her book, “Quivers: A Life,” Howard commented that, although it was a difficult transition at first, he thought Artie has been a perfect addition to the show.

Artie replied that he and his friends grew up listening to the show and that they saw Jackie in concert 10 times and that he killed at each show. Artie then pointed out that he has been honored since he started on the show to be sitting in the chair that Jackie made famous.

One More For the Road 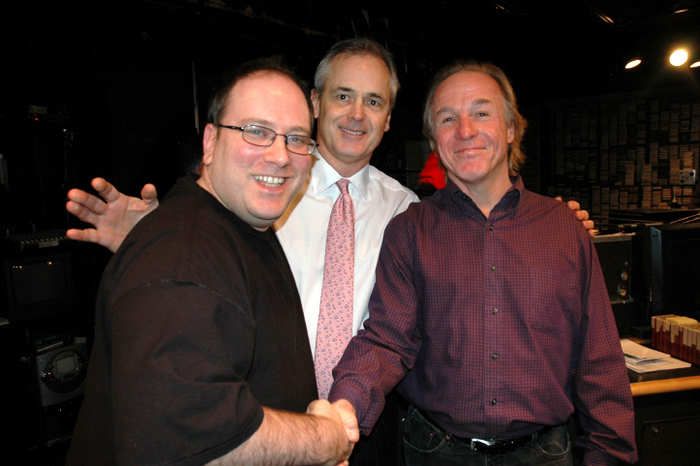 Howard mentioned that Jackie was such a huge part of the show that it would take days to cover all of his highlights. Jackie then said that he was happy he came back for a visit and that he enjoyed seeing everyone.

As he was saying goodbye, Jackie announced that he had one request, and that was to take one last picture in the studio with Howard, who agreed to accommodate him.