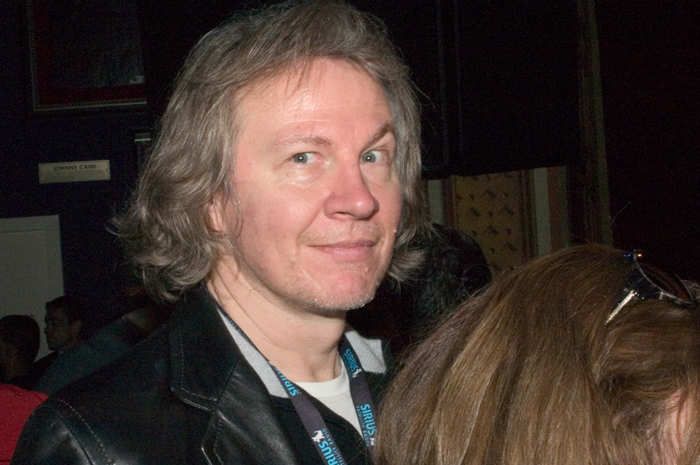 Since Fred had left to make his speech, Howard pointed out that it was just him and Robin left in the studio.

Howard took the opportunity to tell Robin that she meant everything to him and that he knew that he could overcome any obstacle he ever faced as long as she was there. Howard added that no one could be more loyal than Robin, who he also said was his inspiration.

Robin responded that she could tell Howard was trying to break her down, but that it wouldn’t work because she was too busy focusing on the future they still have together.

The Quiet One Takes the Stage

Fred began his speech by commenting that, because of his role on the show, complete strangers know private aspects of his life – like that he’s uncircumcised, had to go to the emergency room after drinking 24 shots of tequila and had an argument with his wife at The Rainbow Room – but that he still considers himself to be the luckiest person in the world. Fred then explained that Howard saw something in him more than 20 years ago that no one else realized he had and that Howard has since become a friend and a supporter. Fred continued by thanking Robin, who he mentioned was the only person he’s ever met who could make him totally angry one minute, only to make him feel like he was the most important person in the world the next.

Fred went on to say that no one on the program works harder than Gary, who he said takes the blame for problems that he didn’t cause and then fixes them, thus saving other people from getting in trouble. Fred also pointed out that Artie is the most “humble, talented and funny human being” he’s ever known and that he loves working with him. Despite his kind words for everyone, when Fred brought up Benjy, all he said was, “Let’s move on.”

Fred finished his speech by thanking all the fans who supported the show. Fred added that it was their loyalty that made the past 20 years so worthwhile.