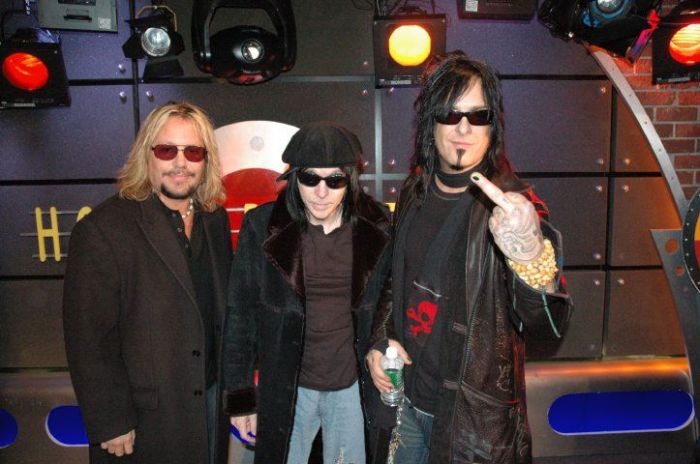 The band Motley Crue came in to promote their new album, “Red, White and Crue”. Actually, the entire band didn’t show up because Tommy Lee wasn’t here. However, the rest of the guys, Nikki Sixx, Vince Neil and Mick Mars had more than enough great stories to make up for Lee’s absence. First and foremost, they met Heidi and Annette and Annette flashed her top for them. Mick, who suffers from a disease where his bones fuse together over time, was able to swing his neck around to look at Heidi (even though he had just said he couldn’t move his neck).