Get Thee Back Oprah 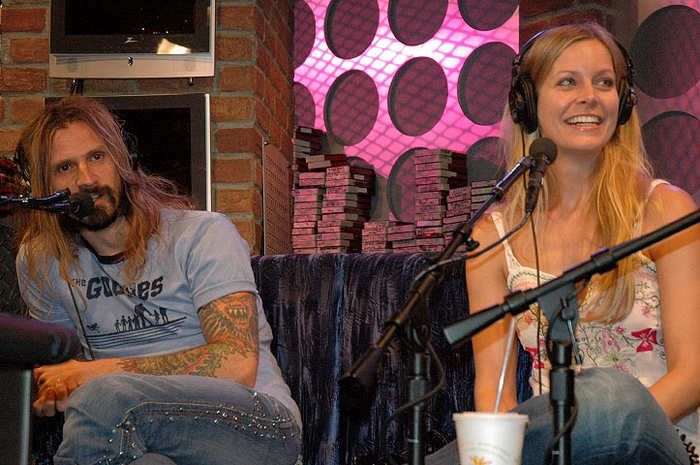 Back from the break, Howard brought rocker/filmmaker, Rob Zombie and his wife Sheri Moon into the studio. Howard was upset with Sheri for wearing jeans this morning instead of something more revealing. Sheri said something about there not being a reason to though because there weren’t any cameras any more. Howard also commented on Rob’s hair which has frosted since the last time Howard saw him.

Howard wanted to know if they were ever going to have kids now that they were married but Rob said he doesn’t really like kids so was doubtful that would ever happen. In fact he wasn’t really sure what he’d do if Sheri ever got pregnant. Howard wanted to know what kind of birth control they used and Sheri said she’s been on the pill for 9 years. Rob said he would take the pill if there was one for men since he has no problem with pills. Howard said he loves watching Sheri on stage when Rob performs because she looks so great when she dances around. He said he rarely ever looks at Rob, just his wife.

Howard let Dan the Song Parody Man bring his friend Michelle into the studio this morning to meet Rob Zombie because she was such a big fan. Dan said that he and Michelle used to date, but had broken up. When he tried to get back together with her, he found out she was dating his best friend. Howard read some of the e-mail Dan sent talking about Michelle and wondered who he had working for him. Dan said at least he didn’t make a sappy tape like Vinnie or Gary. Gary said Dan is having trouble concentrating on his work because of this thing with Michelle though. Howard wanted to know why Dan was getting so worked up over someone he knew he would never get; he told Dan he was only setting himself up for more heartache. Howard asked if Dan would even ask her to marry him and Dan said he would not right now because he didn’t want to hear her say “no,” (which is what he knows she would say). Howard asked Michelle if she would marry Dan’s friend if he asked right now and she said she probably would. Howard also asked if she’d marry Rob Zombie and she said definitely yes. Howard tried to find out why Michelle broke up with Dan, but she wouldn’t talk about it. He also gave Dan the opportunity to tell Michelle exactly how he feels about her, which he did. Dan said he has not been with another woman since he started seeing Michelle over a year ago and doesn’t really enjoy himself at all when he’s not with her — even if it’s just as friends. No matter what anyone said to Dan, they couldn’t convince him to drop Michelle and move on with his life. Ronnie the Limo Driver came in to gloat a little about what a pathetic person he thought Dan was being. Ronnie asked Dan what he was doing with this girl and also told Michelle she should stop torturing Dan.

Back to the Zombies 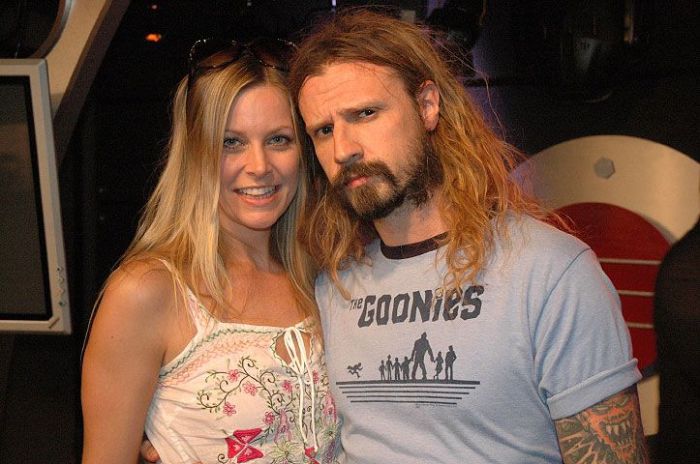 Howard finally got back to Rob Zombie and his wife Sheri by playing one of Dan’s song parodies.

This one was a parody of Rob’s “Dragula” called “Duckula” featuring the talented quacking of Aurora Snow. Howard then let Rob plug his new movie “The Devil’s Rejects“, in theaters July 22nd. Sheri said she was in the movie so Howard asked if she got naked at all. She told him the closest she came to getting naked was pulling down her pants at one point and showing her ass, while yelling, “Shoot me in the ass!” Rob said as writer and director, he was particularly proud of that line. He also said there was a lot of nudity in the film and was surprised it only got an R rating. Rob said they had a budget of $7 million and Sheri added that they had gotten really good at using the money in a way that made it look like a higher budget film. At one point during the conversation, Bong Hit Eric called in and wanted to know if he needed to go out and buy Rob’s previous film in order to know what was going on in this one. Rob said he definitely needed to buy it, but did not need to watch it. Sheri said the couple recently got a black lab and she wanted to name him “Blackula”, but Rob thought running around yelling “Blackula” in their neighborhood wouldn’t be a very good idea so they named him “Dracula” instead. Rob said he was putting the finishing touches on a new album and Howard wanted to know why he didn’t collaborate with him this time like they did on the “Private Parts” sound track. They both thought the song they did together, “Great American Nightmare”, was great and Rob said he even put it on his Greatest Hits album.