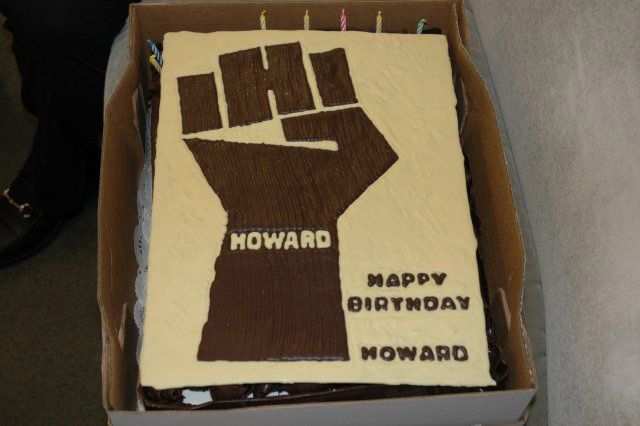 Before Robin began the news, Tim Sabean brought in a cake for Howard’s birthday. After everyone sang “Happy Birthday” and Howard blew out the candles, Gary announced that the staff had gotten together to buy a gift for him. Howard then opened the present, which turned out to be a female masturbation machine for the studio. Gary explained that a woman can sit on the contraption, and that she or someone else can then control attachments on it that are intended to bring her to orgasm. Howard commented that he loved the gift, and that he was sure he’d put it to good use. Howard then opened presents from other people, but was less enthusiastic with the Batman posters and action figure given to him by Richard and the breakfast money from Sal. However, Howard told Artie that he liked the John Belushi book he got him and that he’d put it on the coffee table in his office.