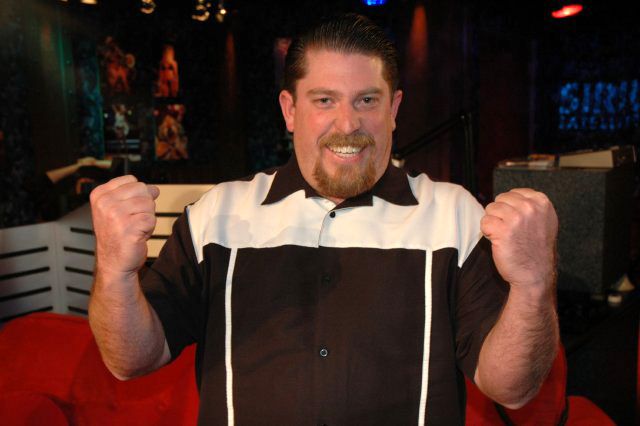 Because Chad R. and Chad G., two of the three men competing to win $10,000 through The Revelation Game, each got five right, Howard said that they’d have to take part in a tiebreaker. After awarding the game’s other participant, Mike, who matched three revelations correctly, a $1,000 prize, Howard had Will read the following unused revelations, as well as the four choices given for each: • Someone once called a black man the n-word, and got beaten so badly that he needed six stitches. The choices were Howard, Gary, Robin and Fred. • Someone masturbated in an ex-girlfriend’s drink without her knowing it, and she drank the concoction. The choices were Benjy, Richard, Sal and Fred. For the first tie-breaker revelation, Chad G. said Howard, while Chad R. went with Fred. However, the correct answer was Gary, who said he’d explain the situation during tomorrow’s show. For the second unused revelation, Chad G. guessed Sal, and Chad R. picked Benjy. Sal then admitted that he was the one who did it, and Chad G. was awarded $10,000. Chad R. was also given a runner-up prize of $3,000. Sal claimed the incident occurred when he saw one of his ex-girlfriends making out with one of his friends at a bar one night. Sal said that he then ordered the woman a drink, took it into the bathroom, pleasured himself in the glass, and then handed it to the bartender with the instructions to give it to the girl and tell her there were no hard feelings. Following the story, Fred again pointed out that he thought Sal was lying.