Not In the Partying Mood

Not In the Partying Mood 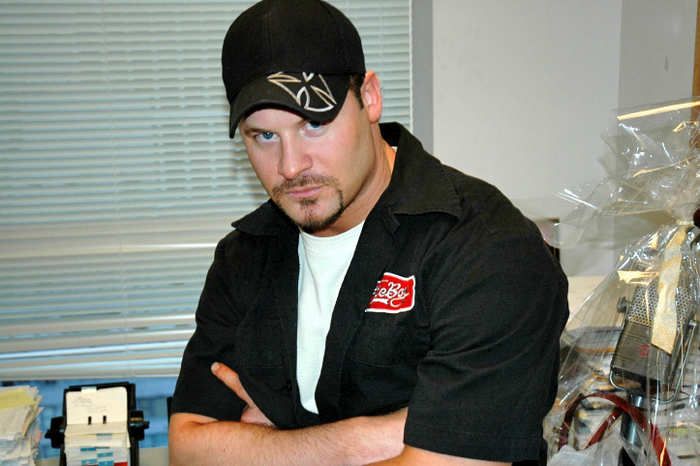 KC Armstrong called in to discuss why he didn’t show up at Howard’s birthday party last week and about his most recent stint in rehab. KC acknowledged that he told Robin he’d be attending Howard’s party, but that his “word means nothing.” KC added that it meant a great deal to him that he was invited to the event and that he wanted to show Howard how much he meant to him by attending. However, KC went on to say that he just couldn’t make it.

Howard pointed out that the rehab center that KC is staying at sounds like a resort to him and wondered if KC keeps going back because it’s so nice. KC responded that, although the center is rather luxurious, only guys are allowed to stay thete, which Robin joked seemed perfect for him. Howard then asked how KC is allowed to stay at such a place given the fact that he doesn’t have money to pay for its services. KC replied that he’s been allowed to continue his treatment at the center simply because the people there care about him and want to see him get better. KC added that his connection to the show had nothing to do with the treatment he receives and that his personal handler volunteers his time without being paid for it.

KC explained that, although he drinks, the reason he was in rehab this time was because of an imbalance in his head. To illustrate his point, KC mentioned that, just yesterday, it took him six hours to drive to a place that was 15 minutes away from his house. When Howard noted that such an incident may have been a result of KC not having a good sense of direction, KC also said that he’s upset with himself that he still hasn’t shipped his DVD, “Die Laughing,” to the people who ordered it months ago. KC also commented that the DVD is set to be mailed, but that he still hasn’t sent any. KC went on to say that, before the DVD got promoted on the show, he had sold 50 advanced copies. However, KC said that when Howard started talking about the DVD on the air, the number of people who ordered it skyrocketed. KC promised, though, that “Die Laughing” will be shipped in the near future.

A Reaction From Beasley