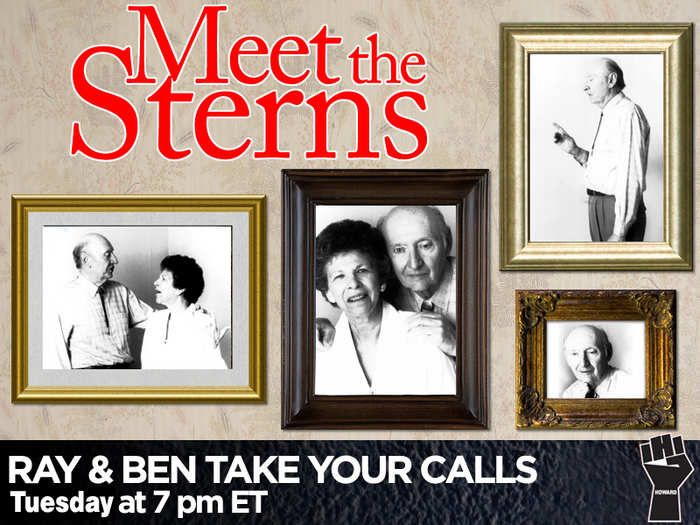 Howard announced that tomorrow will be the second, and last, episode of “Meet the Sterns” with Ray and Ben. Howard explained that his mother has hinted that neither she nor Ben likes to break from their routine and that they therefore don’t really like the idea of doing their own show. However, Howard noted that Ray insisted to him that she and Ben would continue to do the broadcasts if Howard really wanted them to. Given their feelings on the matter, Howard commented that he decided tomorrow will be the finale of “Meet the Sterns.”