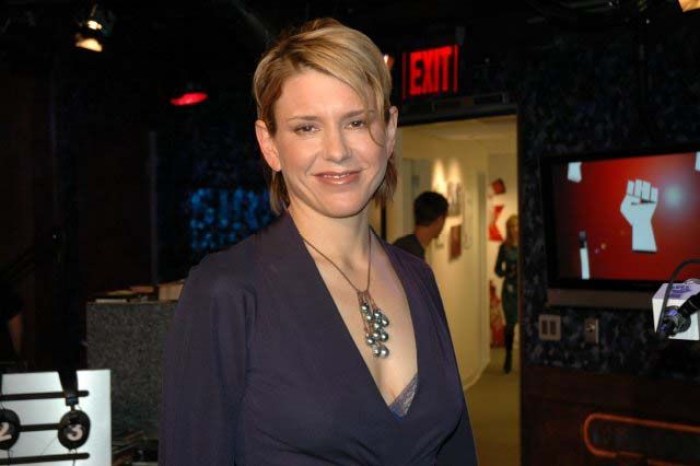 Martha Stewart’s daughter Alexis Stewart, who had been rumored to have made derogatory statements about Howard and his show, came into the studio to clear the air.

Alexis told Howard he had the wrong opinion of her and that she had no problems with him whatsoever. To illustrate her point, Alexis said she didn’t speak to Howard when she saw him at a restaurant recently because he was with his daughters and she didn’t want to interrupt them, adding that only famous people are allowed such privileges. Alexis also noted she’s always been shy, which leads people to believe the worst about her personality.

After Alexis revealed she’s 40 years old, a fact that shocked both Howard and Robin, she said she hasn’t had any contact with her father for the past 20 years. Alexis added she’s not against divorce in general but said her father acted like “a real creep” when he split with Martha, so she hasn’t been able to forgive him for it. Although Alexis admitted she would’ve liked a father figure in her life, she also pointed out that she’s gotten over the problems she had with her own dad.

When Robin reported that she had heard Alexis doesn’t get along with her mother either, Alexis responded they have a fine relationship despite the fact they both have “strong personalities.” Alexis acknowledged her mother has given her enough money to live comfortably without working but that she enjoys having a job too much to live that kind of life.