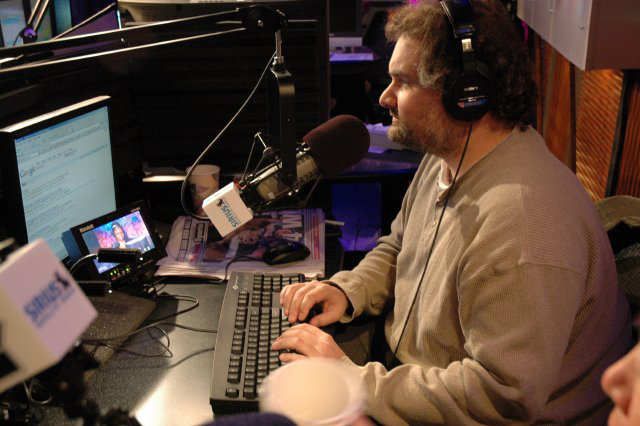 Photo: The Howard Stern Show
A caller suggested that Howard sue Hayden for slander, but Howard said he’s not looking to take that course of action. Instead, Howard noted that he’s more upset that Fox got away with portraying Hayden as an expert than he was with Hayden himself. Howard then read a story from today’s The New York Post that Artie acknowledged yesterday that he attended a corporate meeting about censorship, even though Howard had insisted no such restrictions were in place. However, Artie responded that the meeting in question had nothing to do with censoring the show but instead pertained to basic libel and slander laws. Artie then noted that what was said at the meeting was that you couldn’t kill anyone on the air, not that certain words couldn’t be said. Gary came into the studio and told Howard that his topic of conversation was a perfect segue into a clip he had prepared for him. Howard then played a tape of the new FCC Chairman Michael Copps commenting that he thinks Congress will be looking into regulating satellite radio in the future. Howard then mentioned that he had a conversation about the coverage he’s been getting lately with his father, Ben. Howard commented that Ben couldn’t understand why Howard was on the front page of The New York Post yesterday when there were so many more important stories going on in the world.