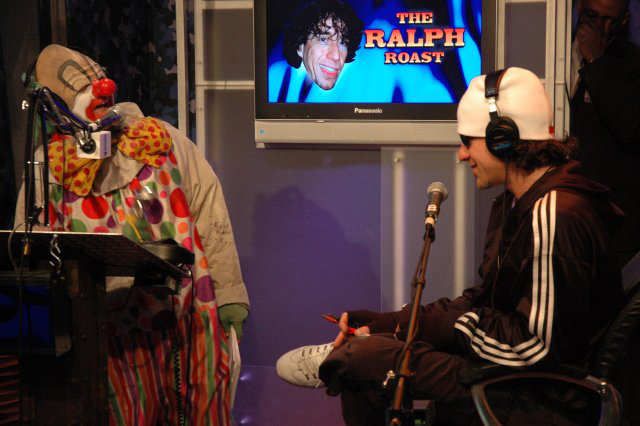 Yucko the Clown was the final roaster and started his set by saying that Bob’s head is so far up Artie’s rear end that Artie’s defecating “fake teeth and hair dye.” Yucko went on to say that Ralph’s teeth look like caramel popcorn and that if he’s into “fitness,” he should try “‘fitness’ c*** in his mouth.” Yucko went on to wonder who had more meat inserted into his or her body: Ralph or Robin. Yucko then commented that Artie is so fat that he “snacks between snacks” and that his new DVD will be called “It’s the Frosting Talking.”