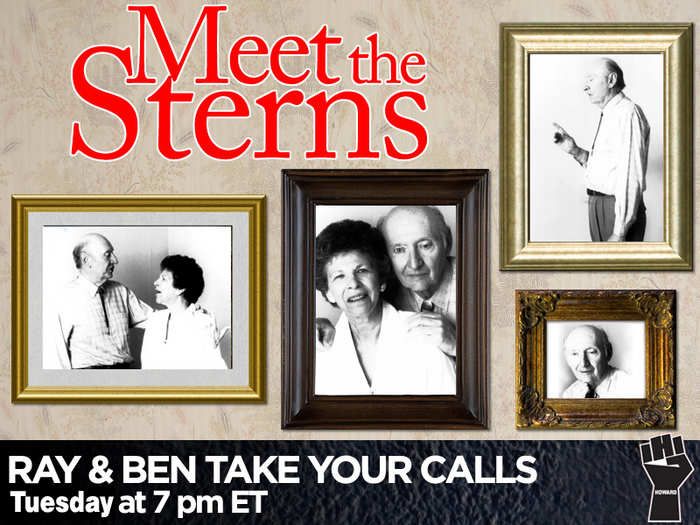 As Howard began refuting the points made in the clip, his father, Ben, called in to give his take on the statements. Ben explained that Pres. Clinton had enacted laws designed to protect both the environment and people – like coalminers – who have dangerous jobs, but that Pres. Bush has since overturned all of them. Ben also pointed out that he was most upset that one of the panelists compared what Howard does for a living to a tragedy like the deaths of coalminers, which, he said, wasn’t fair. Howard agreed with his father’s reaction to the clip, and went on to say that, with everything that’s going on in the world, he doesn’t think he should’ve been on the front pages of newspapers the way he has the past three weeks.

Because Howard wasn’t sure how his father felt about “Meet the Sterns,” he asked him if he enjoyed doing the program. Ben responded that, although he finds himself under a great deal of pressure to be entertaining while he’s on the air, the “high” he gets after the show makes it worthwhile.

Howard then got his mother on the phone, and he asked her what her feelings were about “Meet the Sterns.” Although Ray insisted that she’d do more broadcasts of the program if Howard wanted her to do so, Howard pointed out that her reply meant she actually didn’t like being on the show. Gary went on to ask Ray if it was the ride to the city that was giving her trouble, while Howard wondered if she had a problem with staying out later than she’s used to doing because of the show. However, Ray told them, once again, that she’ll be willing to put aside any inconveniences the show causes if Howard wants her to continue on with the broadcast.

After Howard jokingly suggested that Ben do the program with another woman as his co-cost, Ray asked her son why he has a problem with Oprah. Howard answered that he can’t stand the way women follow every word Oprah says while they ignore their own family members, before joking that he also doesn’t like anyone who’s more famous and successful than he is. After Robin added that she’s bothered by Oprah both because she talks about subjects she’s not qualified to address and because she expects to get favorable treatment, Ray insisted that Oprah is a good woman.