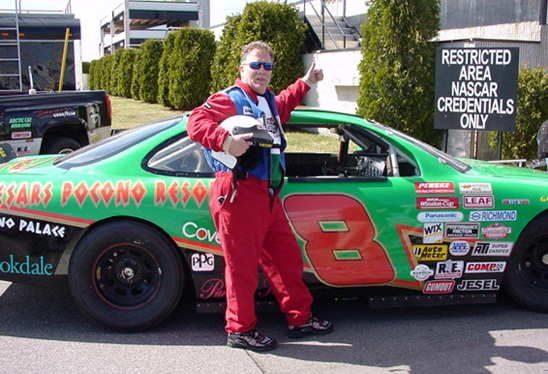 Howard brought up once again that Ronnie the Limo Driver refused to engage in a “c*** off” with Bubba the Love Sponge recently, and that, to settle their score, howardstern.com webmaster, Doug Hurwitt, suggested the two have a NASCAR-style race instead. Ronnie came into the studio and responded that, although Bubba has more driving experience than he does, he’d be willing to drive against him under the right circumstances. Since Ronnie was in the studio, Howard pointed out that he was driving behind Ronnie’s Escalade over the weekend and that the back window is littered with bumper stickers. Ronnie explained that he has NASCAR bumper stickers, as well as two skulls and an American flag and that he likes the way they look, even on an expensive vehicle. Artie then noted that Ronnie looks like he’s getting thinner, which Ronnie said is because he’s been walking on his treadmill more frequently.