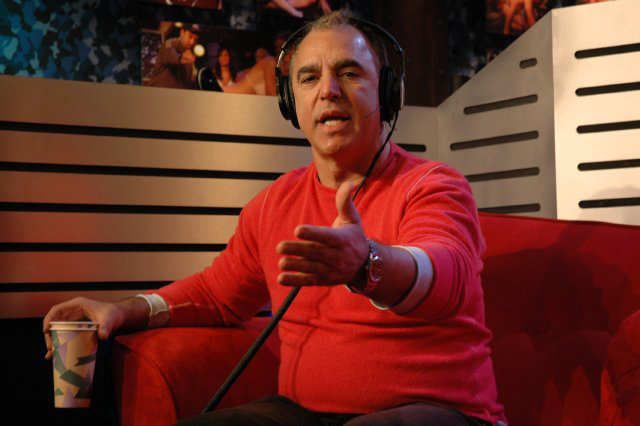 After noting that he was picked for “Mork and Mindy” over Jay Leno because, according to ABC, Jay Leno’s face “scared children,” Jay (Thomas) thought that Howard acts differently on the air than he does off it. Jay went on to explain that while Howard is hyper during the show, he lives the life of “a rabbi” when he’s not “on.” Howard replied that, because he spends all his energy doing his show, he doesn’t have much left for the rest of the day. Howard went on to read a quote that Jay once gave about him, where he likened listening to Howard to “seeing a public hanging…you don’t want to look but you do anyway.” Howard also mentioned that Jay claimed he wouldn’t listen to the show anymore because of his disgust with it. Jay acknowledged that he made the statements, but added that they were said because he was jealous of Howard’s success. Howard responded that he and Jay are old friends and that they’re now on the same team at SIRIUS.