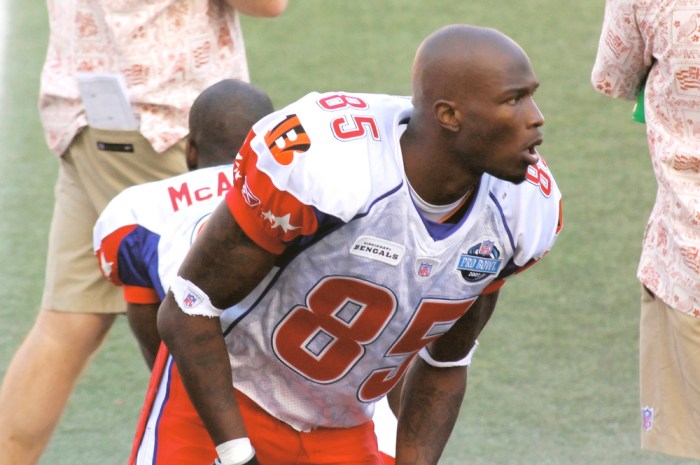 A caller reported that one of Chad’s teammates, Chris Henry, was arrested this past the weekend on gun charges. Chad said that he hadn’t heard the story, so Howard read an article about the incident to him. Upon hearing the article, Chad noted that Chris has never gotten into trouble before, except for the time he got caught with marijuana. Howard then wondered if Chad had ever seen Chris naked in the shower. Although Chad laughed off the question, Howard explained that he wanted to know because he has a theory that men who carry guns have small penises – and to illustrate his point, Howard admitted to owning a gun himself. To get off the subject, Chad gave Artie his advice on the over/under for the Super Bowl. When a caller next claimed that he recently saw Chad flirting with a white woman at a basketball game in Kentucky, Artie pointed out that such a scenario proves that Chad “really can run fast.”