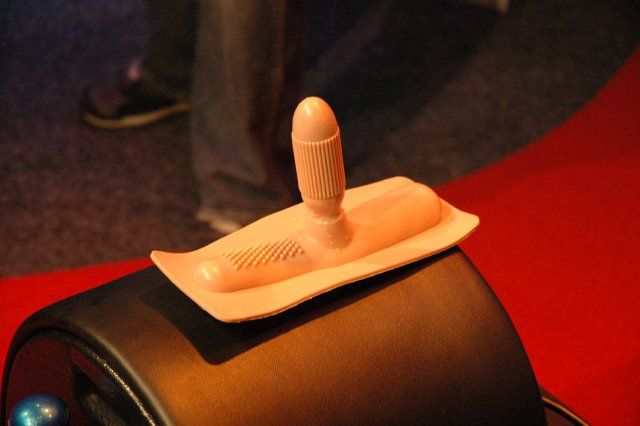 A bunch of callers complained that all the guys were talking too much during the Sybian experience. This prompted Howard to make some changes to the process, Richard is no longer allowed to hold the mics, Gary will not man the controls…Howard will do it from now on and if anyone talks during the routine, they’ll be kicked out of the studio.