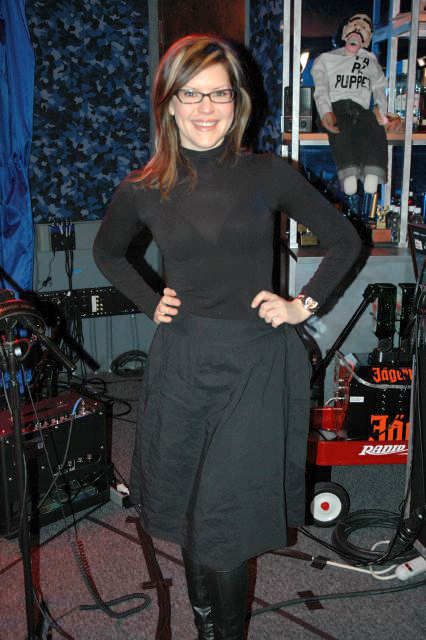 Lisa Loeb came into the studio to re-record her hit song “Stay” and to talk about her career.

Lisa recalled becoming friends with Ethan Hawke after she moved to New York City following her graduation from Brown University. She said he helped her out immensely. Lisa mentioned that, at the time, she was starting to generate some buzz with her music but was unable to finalize a record contract. However, Lisa noted that Ethan, who was starring in the movie “Reality Bites” at the time, suggested to actor-director Ben Stiller that he include “Stay” in the film.

Lisa added that Ben came to see her play live and ended up agreeing to have the song play over the film’s closing credits. Lisa claimed she couldn’t remember if she and Ethan ever had sex with each other and insisted the reason Ethan had such an interest in getting her song in “Reality Bites” was because of their friendship. Lisa went on to comment that, as “Stay” climbed the charts, she began getting calls from record labels for the first time in her life.

Lisa added that she was able to sign “a pretty good deal” with a company once the song became a No. 1 hit, explaining no one expected it to be as big as it was. Lisa also said she still has the rights to “Stay,” which she reported has sold more than one million copies.