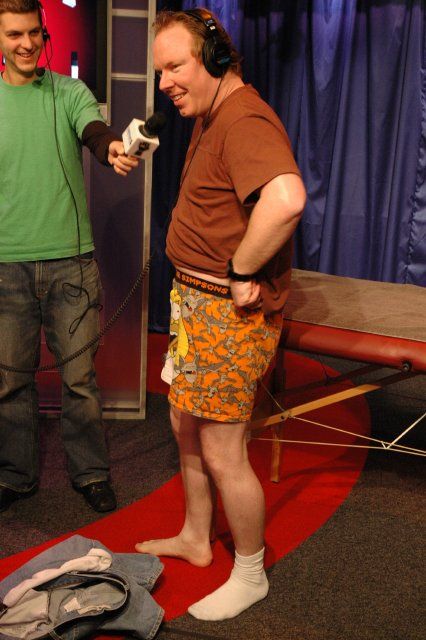 As Richard was getting ready for his procedure, he announced that his “balls were sensitive,” so he wanted Nora to be careful. Nora assured Richard that she knew what she was doing and then asked him to take off all his clothes. After commenting that Richard was, yet again, wearing his Homer Simpson underwear – which he joked were “a chick magnet” – Gary pointed out that Richard had “a hairy ass.” However, Nora assured Richard that she’d seen worse.