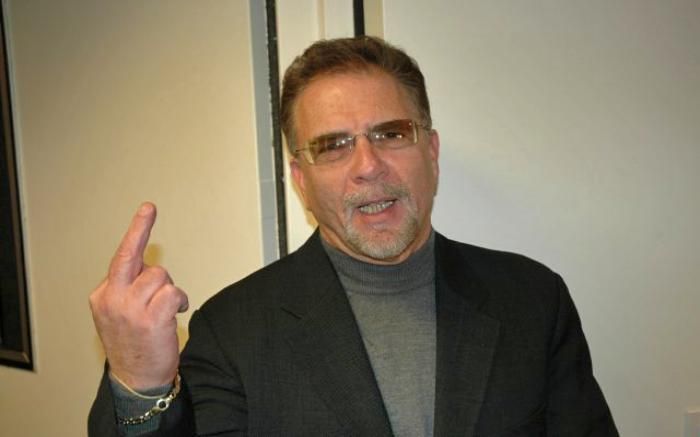 Howard announced that he was putting Ronnie the Limo Driver on the list of people on the show who no longer have permission to swear on the air with Sal the Stockbroker. After Ronnie complained that he didn’t swear that much, Howard responded that he does it all the time and that he’s not funny when he does. Robin pointed out that Howard’s actions couldn’t come at a worse time for Ronnie, because he’s set to be roasted tomorrow. Howard admitted that he forgot about tomorrow’s roast when imposing the ban and modified his ban so that Ronnie can swear during the roast. Howard went on to say that even his parents mentioned to him how much Ronnie swears on the air, which he felt was a telltale sign that he was overstepping his bounds. Robin noted that she wasn’t sure if Ronnie’s cursing was forced or not, but Howard said he knew the answer. Howard explained that because Ronnie never had a problem watching his mouth when they were on KROCK, he found his behavior on satellite to be forced. Howard added that he doesn’t mind Sal’s swearing as much as he does Ronnie’s, noting that while Sal’s occasionally funny, Ronnie’s use of such language is “vile, gross and unfunny.” Ronnie assured Howard that he won’t swear at all tomorrow before commenting that Howard should’ve approached him on the subject privately instead of doing it on the air.