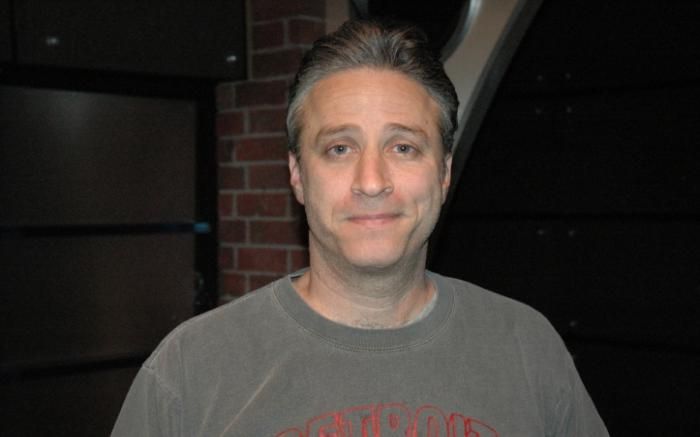 Jon Stewart came into the studio to talk about his job as host of next week’s Oscars. Jon noted that he felt a “new vibe” when he walked into the SIRIUS building, adding that even Ronnie was smiling in the hallway because of the pleasant atmosphere. Howard replied that, although he never gave it much thought while he was at K-Rock, he now believes he used to get headaches while there because of how dirty the building was. Howard went on to say that he’s never experienced a work environment as positive as the one he has at SIRIUS and that everyone seems happy to be there.

Howard mentioned he had a good time when he went on “The Daily Show” in December, even though his appearance was the first episode that ran after one of the program’s staff members committed suicide. Jon acknowledged that people from the show were in a state of shock because of the suicide, but that Howard’s excitement about his then upcoming move to satellite was enough to get them out of their funk. Jon went on to say that the employee who killed himself had just gotten a promotion before his death and that he was a perfect example of someone who didn’t realize just how highly everyone thought about him.

Howard brought up that, to him, hosting the Oscars didn’t help Chris Rock’s career and he’s afraid Jon might fall into the same trap. Howard explained that, like Chris, Jon is at his best when he’s skewering politicians and celebrities, but that the Oscars isn’t the platform for that type of material. Jon responded that he feels two comedians who got bad wraps for their performances as host of the ceremony – Chris Rock and David Letterman – were actually two of the better ones in the show’s history. In fact, Jon mentioned that he’s been watching clips of past hosts in order to get a better understanding of how he should go about the job.

Howard commented that Oscar hosts are under a great deal of pressure not just because of the number of people who tune in, but also because the ratings of each broadcast, whether they’re good or bad, are directly attributed to the host. Despite Howard’s theory, Jon claimed that he isn’t nervous about his gig, although he admitted the amount of time he spends with his new baby as well as preparing for “The Daily Show” probably hasn’t allowed him to think about it enough to be worried. Jon added that he thinks he’ll feel comfortable on the stage because he’s so used to being there and that being a good actor wasn’t a prerequisite for him getting the job.