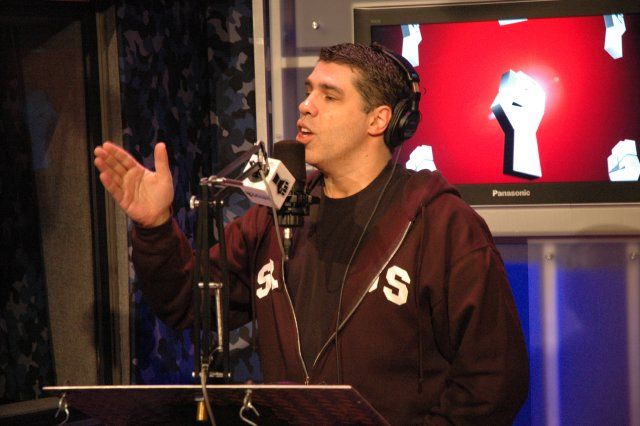 When Eric the Midget got on the phone to talk about “American Idol,” Howard pointed out that Gary got Eric the other day. Gary came into the studio and explained that it’s his responsibility to book Eric and schedule his calls and that Eric is often “unreliable.” After Eric acknowledged that, because of his medical condition, he’s already outlived his life expectancy, Howard commented that he has no reason to care whether or not he ruins Gary’s plans, so he should understand why Eric treats him the way he does. However, Gary responded that, unlike some of the other people who appear on the show, he thinks Eric is intelligent enough to realize when he’s causing problems. Howard told Gary, though, that he isn’t sure Eric is all that bright, noting that he thought he could get Kerry Underwood, Kelly Clarkson and Bo Bice to appear on his “American Idol Wrap Up Show.” In response to this claim, Eric defended himself saying that he never asked about having Bo Bice on his program.