The things he does for love. 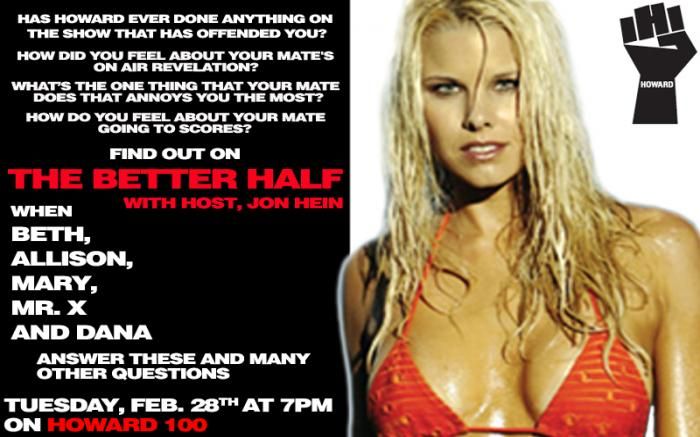 While discussing “The Better Half,” a program featuring Beth, Mr. X, Dana, Alison and Mary that will air this coming Tuesday at 7 p.m., Artie pointed out that he’s looking forward to hearing what Dana has to say, seeing as they haven’t spoken “in a while.” Artie explained that his relationship with Dana was going great and that there was talk of them moving in together and maybe even getting married, but that she told him that he needs to see a therapist before they take their relationship to that level. Howard assured Artie that Dana’s request proved her love for him, which Artie agreed was true.