Gilbert Gottfried: A Man of Opportunity

Gilbert Gottfried: A Man of Opportunity 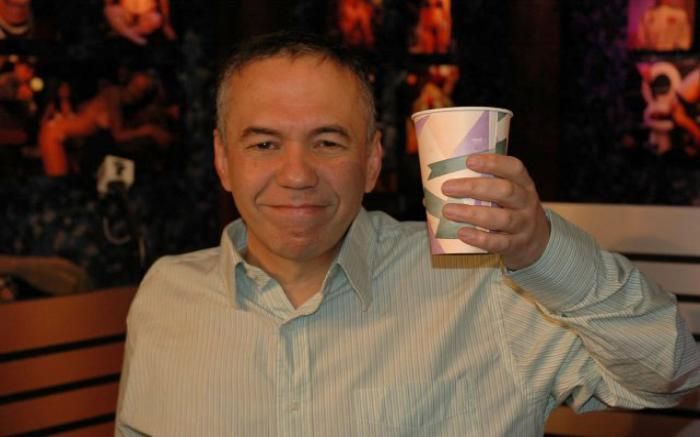 Gilbert Gottfried made his first appearance since the show moved to SIRIUS, and he immediately pointed out that the new studio gave him a closer look at Artie, which he noted “is never good.” Gilbert proceeded to say that he “lowered himself” by asking Artie for advice about releasing his comedy DVD, “Gilbert Gottfried Dirty Jokes,” before going into his impression of Artie giving him tips on the subject. Gilbert added that he’s selling “some” copies of his DVD, but that the timing of its release wasn’t good, because Howard wasn’t on the air at the time so he couldn’t promote it to 18 million KROCK listeners and this morning his interview was only being heard by satellite subscribers.

Turning Sights on Ben and Ray

When Howard mentioned to Gilbert that he could say anything he wanted since he was now on satellite, Gilbert admitted that he was having “a hard time” getting used to the lack of barriers. Howard then reported that Gilbert wrote on his Website about the toast he made at Howard’s birthday party in January, before recalling that Gilbert’s prime target that night was his parents. Howard played a clip of the event, where, after bombing with some opening jokes, Gilbert wondered which of Howard’s parents was Jewish – since Howard has claimed in the past to be only half Jewish. Although Howard acknowledged that the shots Gilbert took at his parents were funny, he informed him that neither his mom nor his dad was able to hear any of them, so their effect was minimal.

Quite the Ladies Man

A woman named Olivia called in to tell Howard that she had an encounter with Gilbert three years ago and that it didn’t go well. Olivia recalled that she was working at the time at a theatre where Gilbert was performing as the narrator for “The Rocky Horror Show.” Olivia said that she was so impressed by the job Gilbert did that she jokingly told him that she wanted to marry him, a statement which prompted Gilbert to ask for her phone number, which she gave him.

Olivia recalled that, sometime later, she was out with friends when Gilbert called her for the first time. Olivia remembered that Gilbert was talking quietly and wanted to know if he could come over to her apartment “for coffee.” However, Olivia commented that she thought she knew Gilbert’s true intentions and that she didn’t think he could help her career enough for her to agree to let him come to her house. Olivia went on to say, though, that if Gilbert had taken her out on a date, or at least invited her to his apartment instead of asking if he could come to hers, she might’ve changed her mind.

Olivia went on to say that Gilbert not only made several more calls to her, but that he also tried to get her to have phone sex with him once it was apparent she wasn’t interested in seeing him. After Olivia claimed that she was 20 at the time, is 5’9″ and weighs 125 pounds, Gilbert insisted he didn’t remember her. Olivia assured Howard, though, that Gilbert knew exactly who she was and that she was attracted to his “sweet face and soft hands.” 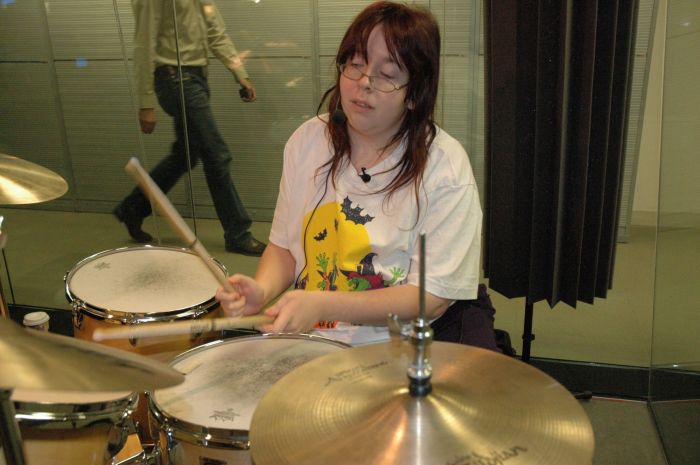 Howard took a call from another of Gilbert’s admirers, Wendy the Retard, who thought she was talking to Iago, the parrot from “Aladdin” that was voiced by Gilbert. During their conversation, Iago convinced Wendy to have phone sex with him and proceeded to ask her a number of questions, most of which resulted in the answer, “Yes.” However, when Wendy said she’d “69” with Iago, he asked her if she knew what the term meant. Wendy replied that did, explaining, “It’s when you get 69 Tootsie Rolls.” Howard then jumped into the mix and asked Wendy if she ever named one of her bowel movements. Wendy told Howard that she had and that she named it Artie. After Wendy then responded to Gilbert’s question of whether it was a mistake for him to take advice about his DVD from Artie with a “yes,” she told Artie that it wasn’t a mistake for Gilbert to release “Dirty Jokes.”