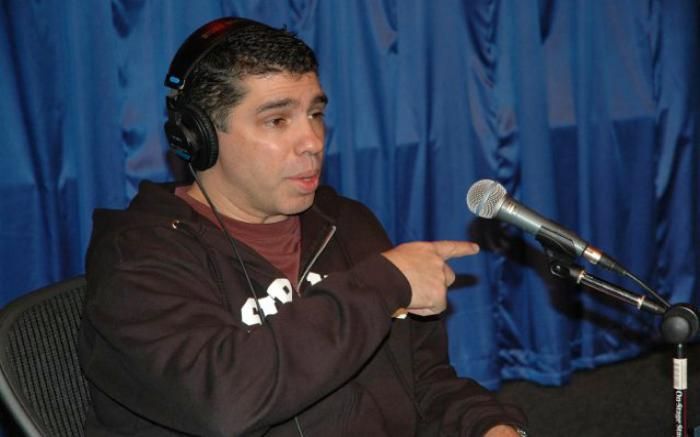 Photo: The Howard Stern Show
Gary reported that he watched “American Idol” last night, and that, just as soon as he thought Paula Abdul had “pulled it together,” he saw yesterday’s episode. Jon then played two clips from the program, where Paula quoted statements Simon Cowell had allegedly said to her, before laughing hysterically. Gary pointed out that, as funny as the audio of the segments were, watching Paula’s eyes and the way she put down her head after making the comments made them even better. Jon added that Paula’s performance makes Simon even better on the show because she acts as a perfect setup for him.
Previous Show Next Show